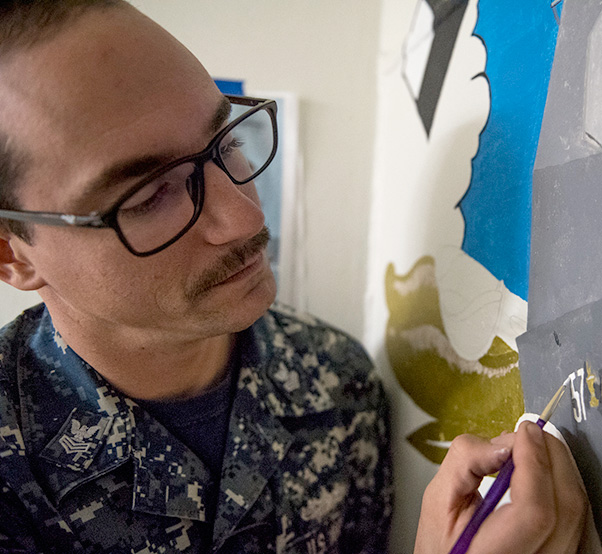 Machinist’s Mate 1st Class Michael Vizzari, from Palmdale, California, paints a mural on the bulkhead of Ticonderoga-class guided-missile cruiser USS Lake Champlain (CG 57). Lake Champlain is on a regularly scheduled Western Pacific deployment with the Carl Vinson Carrier Strike Group as part of the U.S. Pacific Fleet-led initiative to extend the command and control functions of the U.S. 3rd Fleet in the Indo-Asia-Pacific region. Navy aircraft carrier strike groups have patrolled the Indo-Asia-Pacific regularly and routinely for more than 70 years.