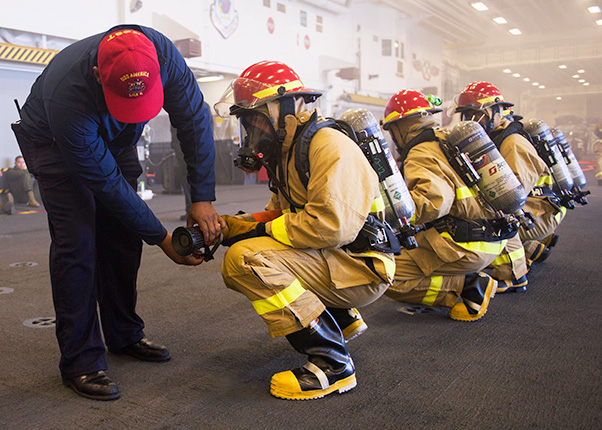 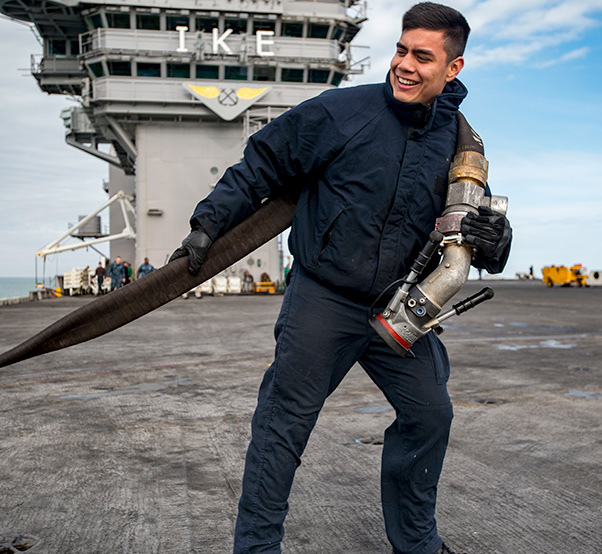 Electrician’s Mate 1st Class William Isom, a native of Lancaster, Calif., serving as a member of the Total Ship Survivability Team (TSST) attaches Velcro to the nozzle of a firefighting hose in the hangar bay aboard the amphibious assault ship USS America (LHA 6) during a TSST drill. America is currently underway with more than 1,000 Sailors and 1,600 embarked Marines conducting Amphibious Squadron / Marine Expeditionary Unit Integration operations in preparation for the ship’s maiden deployment later this year.