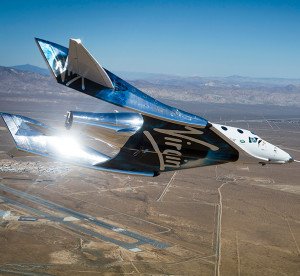 Virgin Spaceship Unity flies freely after being released from Virgin Mothership Eve May 1, 2017. During this test, the feather re-entry system was activated in flight for the first time.

On May 1, 2017, VSS Unity’s “feather” re-entry system was activated in flight for the first time over the Mojave Desert.

The new spacecraft took off beneath the White Knight Two carrier at about 10:40 a.m. About 40 minutes later, Unity was released at an altitude of 51,000 feet to begin the test flight.

“We’d learned enough from our past test flights to safely take the next step forward in our thorough test flight program,” said a Virgin Galactic release. “That step happened on a successful test flight conducted this morning from the Mojave Air and Space Port, during which we tested VSS Unity’s ‘feather’ re-entry system in flight for the first time.”

This test follows after extensive testing of the feather system on the ground.

Full analysis of the data from the flight will take time; “but initial reports from the pilots and from mission control are extremely encouraging.”

“Once data reviews are complete, we will move forward with our testing program — pressing onward with additional glide flights designed to expand our envelope of flight weights and centers of gravity,” said the Virgin Galactic release. 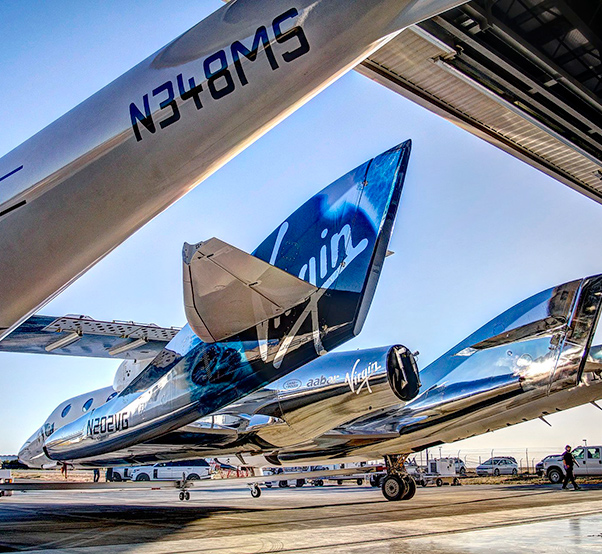 VSS Unity & VMS Eve prepare for another morning of flying May 1, 2017. During this test, the feather re-entry system was activated in flight for the first time.