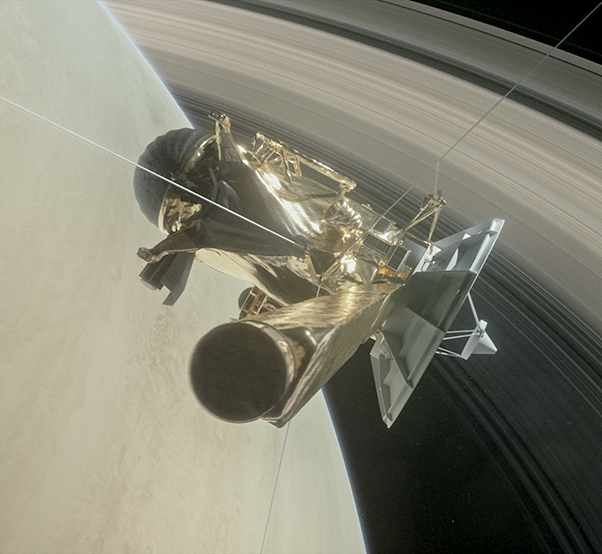 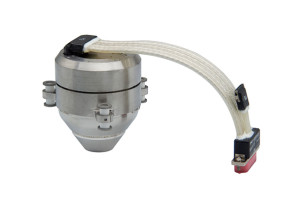 WOODLAND HILLS, Calif. – Northrop Grumman’s navigation system has provided critical capabilities for the attitude control of NASA’s Cassini spacecraft throughout its unprecedented journey to Saturn, including the first-ever dive through the narrow gap between the planet and its icy rings.

On April 26, Cassini traveled through the 1,500-mile wide gap between Saturn and its rings, coming closer to Saturn than any previous spacecraft — within approximately 1,900 miles of the planet’s cloud tops and 200 miles of the innermost visible edge of the rings. The Jet Propulsion Laboratory, managed for NASA by Caltech in Pasadena, California, operates Cassini for NASA’s Science Mission Directorate.

Since Cassini’s launch nearly 20 years ago in 1997, Northrop Grumman’s SIRU™ has continuously operated to support the mission. The mission is the first in-depth study of Saturn and its rings, moons and magnetosphere. By allowing precise pointing of the spacecraft’s instruments and communications antenna, Northrop Grumman’s SIRU™ has enabled Cassini to beam back science and engineering data collected during the voyage.

At the heart of the SIRU™ is Northrop Grumman’s patented hemispherical resonator gyro technology, which has been used in space without a mission failure for more than 40 million operating hours. 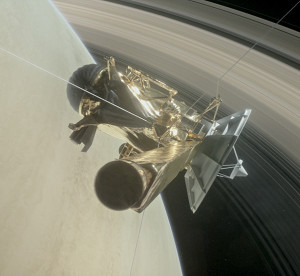 Through mid-September 2017, Cassini is expected to make a total of 22 dives between Saturn’s rings and the planet to gather additional data before plunging into Saturn’s atmosphere to end the mission.

Northrop Grumman has been a longtime supporter of critical missions that enable space exploration and scientific breakthroughs. Northrop Grumman products have proven their performance in programs such as NASA’s MESSENGER mission to orbit Mercury and the Mars Exploration Rovers and Science Laboratory. Several heritage companies that compose Northrop Grumman today played vital roles in the Apollo lunar modules that carried astronauts to and from the moon’s surface.

Additionally, Northrop Grumman is under contract to NASA’s Goddard Space Flight Center for the James Webb Space Telescope and leads the industry team that designs and develops the telescope, its sunshield and spacecraft. The most powerful infrared space telescope ever built, the Webb Telescope is scheduled to launch in late 2018.