Students from the Mojave Unified School District took part in the 13th annual Intermediate Space Challenge at the Mojave Air and Space Port where they cheered for their creations and joined in the count down of 25 other rockets.

Founder of the challenge Marie Walker, said the first event 13 years ago was intended to be a one-time experience to inspire kids in science and space. Trying to mimic the X-Prize competition in 2005, she said students had to build rockets and come up with a team name and slogan. It was so successful the kids asked to do it again.

“I’m so excited, we love this program almost as much as the kids,” said Walker. The program is to promote teamwork and introduce math and science to fourth, fifth and sixth graders. Teams must create a business company, build and decorate a rocket, write an essay, and have a successful launch. Walker said she gives all the glory to God and as long as students are interested and the community supports her, she will continue the program. 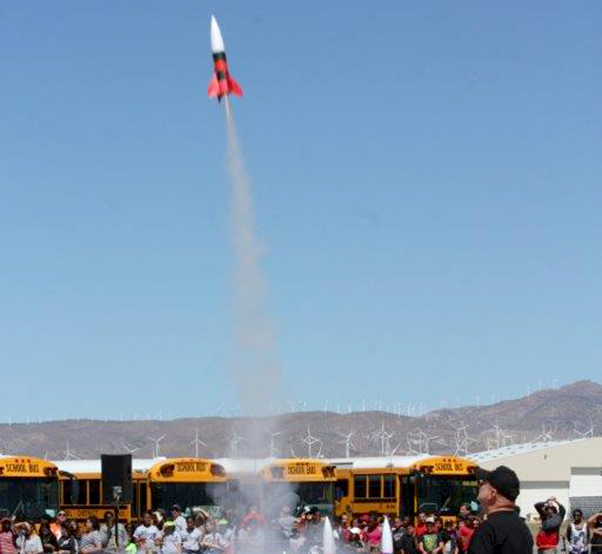 Blue skies and excited children await the landing of their rocket during the Intermediate Space Challenge at Mojave Air and Space Port. Twenty-six rockets were launched before students enjoyed a picnic and bragging rights.

Denise Talvitie, manager for Silver Queen Mining Inc., said she wanted to see what the challenge was all about since several of her employees have children participating.

“In our industry, we need engineers and people with science related degrees to study mining and for the production of precious metals, so STEM (Science, Technology, Engineering and Mathematics) is very important to us and our future employees.” The mining company has 200 employees and was a major sponsor of this event. 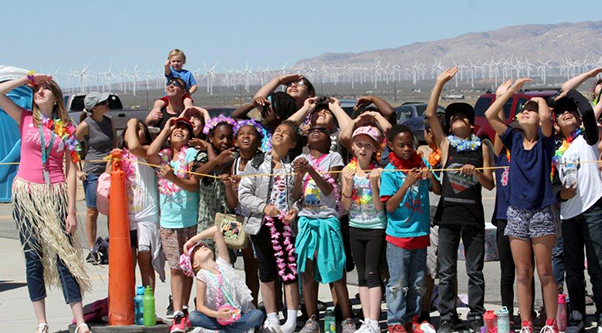 3-2-1! Students watch as 26 rockets blast off during the 13th annual Intermediate Space Challenge at the Mojave Air and Space Port. The program started as a one-time-event to get kids excited about STEM during the X-Prize launch in 2005. It was such a hit with students and teachers, it has become an annual event.

“Marie’s enthusiasm is so contagious you have to help out,” he confessed, adding that the venue is a great “hands-on” way to get boys and girls interested in math and science. “The girls are just as capable as boys, but you have to catch and maintain their interest at this age.” Scott worked more than 35 years at Edwards Air Force Base and participates in education activities across the United States. 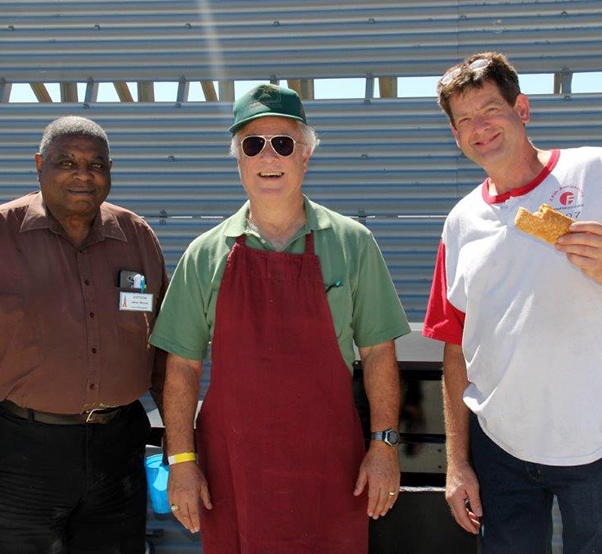