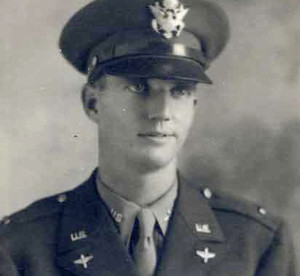 In this 1944 photo released by the U.S. Army, U.S. Army Air Corps Lt. Robert Eugene Oxford poses for an official portrait. The remains of Oxford, a World War II veteran, is returning home to Georgia after going missing 74 years ago following an aircraft crash during a supply mission to India.

More than 70 years ago, a U.S. Army bomber plane dubbed “Hot as Hell” was headed for India on a supply mission. It never arrived, and no one went looking for the doomed aircraft or the eight men on board because military officials had no way of pinpointing where it went down.

All signs of the mission were lost until 2006, when a hiker in northeast India spotted a wing and panel sign inscribed with the bomber’s name. It wasn’t until 2015 that the U.S. Defense Department investigated the crash site and found the remains of 1st Lt. Robert Eugene Oxford.

June 8, Oxford was finally be returned home and laid to rest this weekend with full military honors in his tiny hometown of Concord, Ga. Photos of his seven fellow crewmen, none of whom was ever found, will lie beside the coffin and then be placed inside it for burial.

“We were ecstatic that Eugene was found, but we feel guilty there are seven other men on that mountain top,” said Merrill Roan, the wife of Oxford’s nephew.

So we are honoring the other seven. We have to honor them as well, because they may never get any closure.”

Oxford’s family didn’t know the wreckage had been found until 2007 when Merrill Roan saw a message on a genealogy website from a relative of another service member on the aircraft. That relative wanted help persuading military officials to investigate the crash site.

Officials say a DNA analysis of Oxford’s remains matched his niece and nephew.

Roan said the family was “shocked and excited” when they heard the news.

Duus said Oxford is one of 74 veterans who have been identified so far this year. She said all service members are returned to the U.S. for identification before the family is notified and the service member is provided a funeral with honors.

Eighty service members were identified in 2015, and that number more than doubled with 164 the following year, Duus said.

The Missing in Action Agency website says there are more than 86,000 Americans still missing abroad from World War II, the Korean War and the Vietnam War. Advancements in DNA testing technology and partnerships with other nations have helped find and identify more missing service members than ever, Duus said.

Oxford’s parents, siblings and any other relatives who saw him leave for World War II have all died since he went missing, said Terrell Moody of Moody-Daniel Funeral Home, which is handling burial arrangements. Still, the long-overdue homecoming of his remains won’t go unnoticed.

A State Patrol escort guided the hearse carrying Oxford’s casket 50 miles (80 kilometers) south on Interstate 75 from Hartsfield-Jackson Atlanta International Airport to the funeral home. A funeral was held June 11 in a school auditorium — the biggest venue in town, Moody said.

Oxford will be buried in the same plot with his parents, Charles and Bessie Oxford, who had placed a memorial marker for their lost son at the gravesite after his plane went missing seven decades ago.