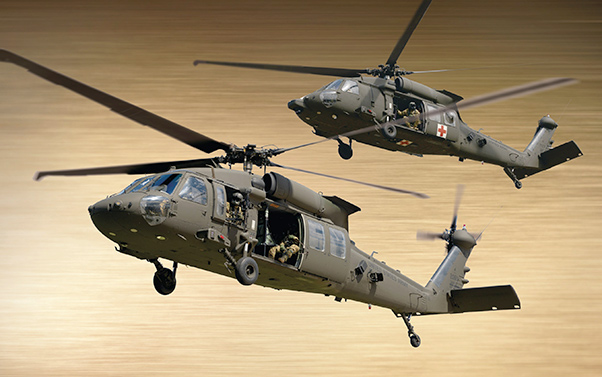 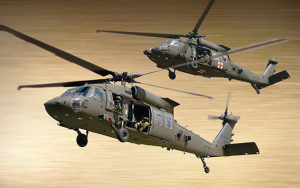 The U.S. government and Sikorsky, a Lockheed Martin company, June 30 signed a five-year contract for 257 H-60 Black Hawk helicopters to be delivered to the U.S. Army and Foreign Military Sales customers.

The multi-year contract will yield significant savings for the U.S. government compared with purchasing the same quantity across five separate annual agreements.

The “Multi-Year IX” contract for UH-60M Black Hawk and HH-60M MEDEVAC aircraft marks the ninth multiple-year contract for Sikorsky and the U.S. government for H-60 helicopters. The contract value for expected deliveries is approximately $3.8 billion and includes options for an additional 103 aircraft, with the total contract value potentially reaching $5.2 billion. Actual production quantities will be determined year-by-year over the life of the program based on funding allocations set by Congress and Pentagon acquisition priorities. The deliveries are scheduled to begin in October of this year and continue through 2022.

The UH-60M/HH-60M helicopters are the latest and most modern in a series of Black Hawk variants that Sikorsky has been delivering to the Army since 1978. They provide additional payload and range, advanced digital avionics, better handling qualities and situational awareness, active vibration control, improved survivability, and improved producibility.

“Four decades of production, strong program execution and delivery on behalf of the warfighter, coupled with great affordability for the taxpayer, have been the cornerstones of this program,” said Sam Mehta, President, Defense Systems and Services, Sikorsky. “This contract allows us to continue supporting the important missions the Black Hawk performs as the workhorse utility and medical evacuation (MEDEVAC) helicopter in the U.S. Army inventory.”

Colonel Billy Jackson, the Utility Helicopters Project Manager stated that, “This contract will provide our Army, sister services and allies with state-of-the-art modernized helicopters to complete crucial missions and save lives. Moreover, this effort will stabilize our manufacturing base and control long-term costs, and ultimately provide significant savings to the taxpayer.”