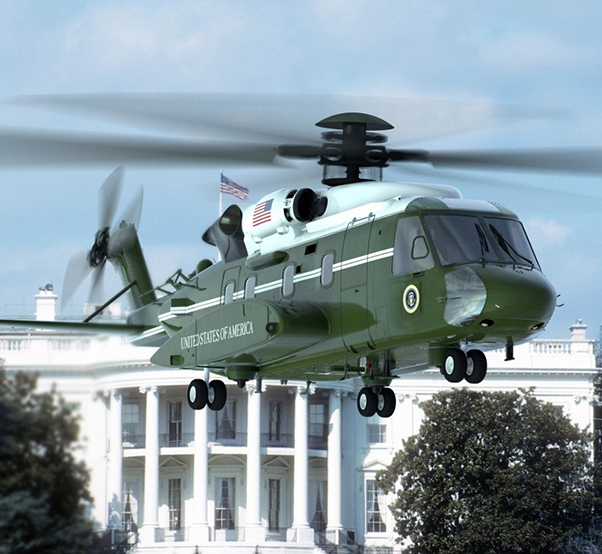 The July 28 flight signals the start of the 250 hour flight test program, which will take place at Lockheed Martin facilities in Owego, N.Y.

The aircraft achieved its first flight, and later that same day completed a second flight at Sikorsky Aircraft in Stratford, Connecticut. Total flight time for the two sorties was one hour and included hover control checks, low speed flight, and a pass of the airfield.

“This first flight of the VH-92A configured test aircraft is an important milestone for the program,” said Spencer Elani, director VH-92A program at Sikorsky. “Having independently tested the aircraft’s components and subsystems, we are now moving forward to begin full aircraft system qualification via the flight test program.”

The VH-92A aircraft is based on Sikorsky’s successful and FAA-certified S-92A commercial aircraft, which recently surpassed one million flight hours. The S-92A aircraft, assembled in Coatesville, Pennsylvania, is being modified to include integration of government-defined missions systems and an executive interior.

“With this successful first flight on the books, we look forward to completion of Sikorsky’s flight test program, operational testing and production of this aircraft to support the Office of the President of the United States,” said U.S. Marine Corps Col. Robert Pridgen, program manager for the Naval Air System Command’s Presidential Helicopter’s Program Office.

The U.S. Navy awarded a $1.24 billion fixed-price incentive Engineering and Manufacturing Development (EMD) contract with production options to Sikorsky on May 7, 2014. The EMD contract will produce a total of six aircraft:  two test aircraft and four production aircraft. The production options for the remaining 17 aircraft will be finalized in FY19.

The VH-92A will enter into service in 2020. The VH-92A will transport the president and vice president of the United States and other officials. Sikorsky brings unmatched experience and a proven track record to this mission having flown every U.S. commander-in-chief since President Dwight D. Eisenhower. The VH-92A will continue this legacy for decades to come.