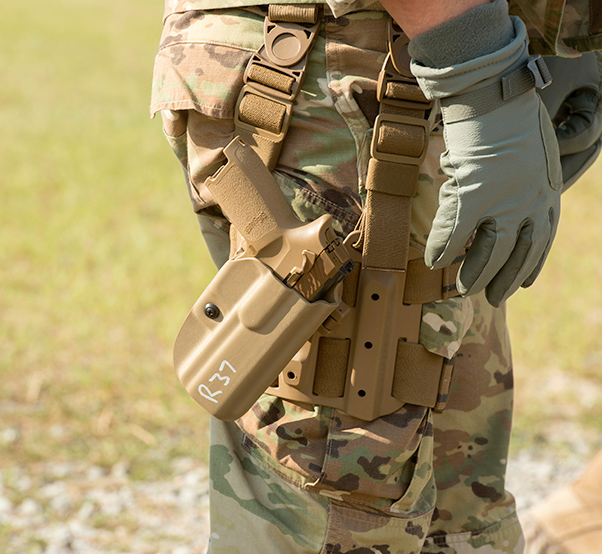 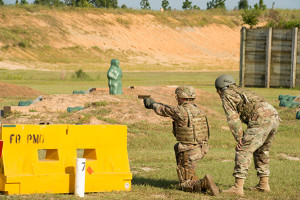 Various service members will be at Fort Bragg over the next few weeks for testing of the new modular handgun system, the Sig Sauer P320, for the U.S. Army Operational Test Command based at Fort Hood, Texas.

If fielded, according to officials, the new modular handgun system, also known as MHS, will offer improved durability and adjustability over the current M9, as well as performance improvements.

Most Soldiers who tested the MHS at Fort Bragg’s Range 29 on Sunday were assigned to the 2nd Battalion, 508th Parachute Infantry Regiment, said OTC’s Col. Brian McHugh. Testing will also be conducted by Sailors, Airmen and Marines.

Capt. Christina Smith, program manager, Individual Weapons, has traveled to different testing sites to ensure the system’s quality. “It’s worth it to make sure you get the right product to the right Soldiers,” she said.

Testers were pulled from across the military, including Soldiers of the Special Operations Aviation Regiment, based in Kentucky, and of the 3rd Infantry Division, based in Georgia. Some of the military occupational specialties involved include police, pilots, infantry and crew chiefs.

“These are the Soldiers who would be using the weapon every day, so getting their feedback on the pistol is really what is important for operational testing,” explained Maj. Mindy Brown, test officer, OTC. 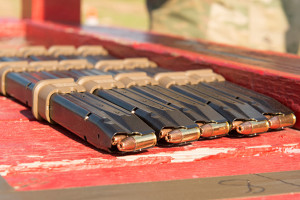 It was important to bring the test to Fort Bragg because the installation has the ranges to support realistic conditions.

“You are using real Soldiers in a realistic environment,” Brown said.

Soldiers provided feedback on the interchangeability of the weapon with the M4, as well as its functionality while wearing cold weather gear.

Sgt. 1st Class Kevin Custer, of 160th SOAR, appreciated being able to participate in MHS testing. “It’s good. We don’t really get the opportunity to test the equipment in the unit we’re in,” he said.

Sgt. Emily Todd, 16th Military Police Brigade, also testing is ideal. “It’s a great opportunity for Soldiers to get to shoot more rounds … it’s nice to have a forward look into what the Army might use some day,” she added.