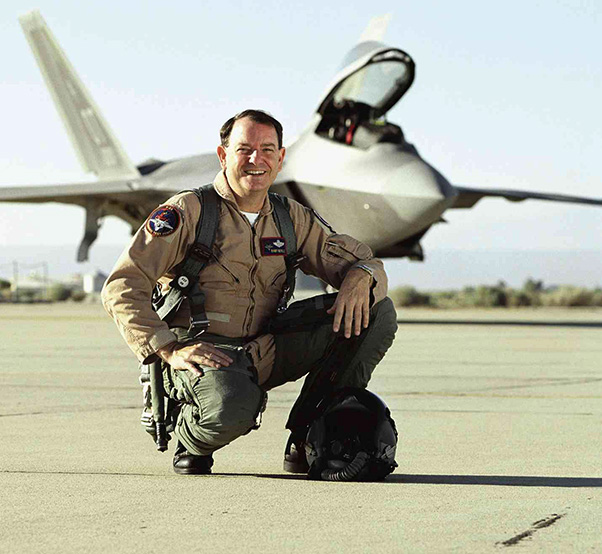 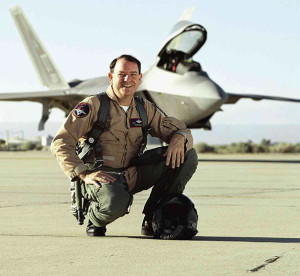 Randy Neville recently retired from Boeing where he had been the chief pilot for the Boeing 787 Dreamliner.

In that role, Randy was responsible for engineering flight-test activities related to all Boeing 787 airplane models, including working with engineering teams on the design requirements for current models and derivatives. Neville worked on the 787 from its early development through its certification and in-service operation with airlines. He was a pilot on the first flight of both the 787-8 and the 787-9.

Before his assignment on the Boeing 787 program, Neville was an F-22 Raptor test pilot for Boeing Integrated Defense Systems for nine years.

Assigned to the F-22 Combined Test Force at Edwards Air Force Base, Neville flew the F-22 as well as the F-16 chase aircraft. Randy was initially focused on the Raptor avionics development, flying the first flight of aircraft 4005, which was also the first flight in which the complex Block 3 software demonstrated sensor fusion. Later, Neville became one of the primary envelope expansion pilots, performing much of the flutter, loads and handling qualities evaluations. That high-tempo flight testing allowed Neville to become the first Raptor pilot to attain the 500 flight-hour mark. During one of those flights, a flight control anomaly caused Randy’s airplane to experience extreme over-g, with pitch cycles ultimately from plus 10.2g to minus 11.7g. The airplane landed safely, but never flew again. It is now on display at the U.S. Air Force Museum in Dayton, Ohio.

Neville remained active on the F-22 program until 2005 as the program approached Initial Operational Capability, at which time he transferred to Boeing’s Commercial division. Neville had a unique opportunity while at Edwards. He was called to be a technical consultant for the Universal Studios movie, The Hulk, in which he also played the role of an F-22 pilot in a scene where he attempts to shoot the Hulk from the Golden Gate Bridge.

Prior to joining Boeing, Neville flew for 20 years in the U.S. Air Force, having operational tours in the F-106 and F-16. He attended the USAF Test Pilot School at Edwards Air Force Base and spent the next 10 years as an Air Force test pilot. Neville conducted weapons development tests on the F-4 and F-16 at Eglin Air Force Base, Fla. His final assignment before retiring from the Air Force was as a T-38 and F-16 instructor and director of Flight Operations for the USAF Test Pilot School.

Neville earned a bachelor’s degree in electrical engineering from the University of Tennessee and a master’s degree in international relations from Troy University. He holds type ratings in all current Boeing production models. He also has a glider license and more than 8,000 hours flying time in more than 80 different types of aircraft. He is a Fellow in the Society of Experimental Test Pilots.

He currently resides near Seattle, Wash., with his wife, Jill, and two sons.