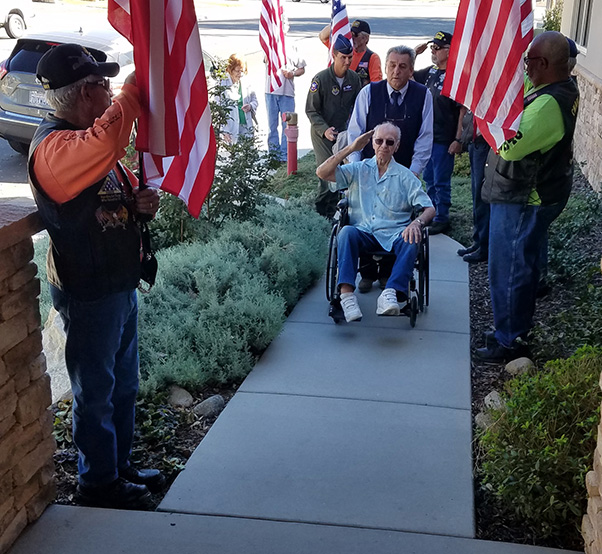 A modern bomber pilot and a vintage bomber pilot, along with local veterans gathered for a tour and luncheon honoring 92-year-old Capt. Bob Wood’s accomplishments, Oct. 28. 2017.

“It was really an honor to meet these gentlemen, and to pay respect to members of the Greatest Generation,” said Middleton. 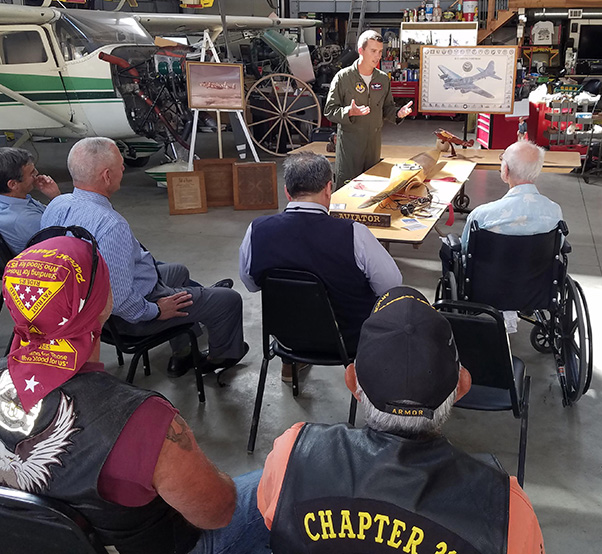 The day started with a tour of the Tehachapi Police Station, continued with a vintage aircraft restoration hangar tour at Tehachapi Municipal Airport, and concluded with a luncheon honoring the veteran pilot.

During the tour, Middleton, a B-52 pilot, discussed air power, the history of bomber aircraft, and spoke of Wood’s aviation accomplishments during the day’s events.

“When you think about bombers from now and from then, it is the same mission but a completely different set of circumstances,” Middleton said. “Then, it was a matter of national survival, now we are more focused on peace and stability throughout the world.” 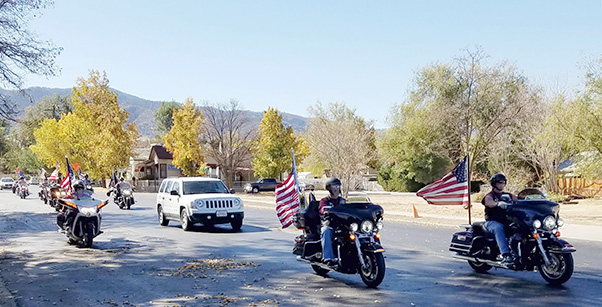 Patriot Guard Riders escort Capt. Bob Wood, a World War II B-17 pilot, to Tehachapi Airport, for a visit to an aircraft restoration hangar during an event honoring Wood’s service.