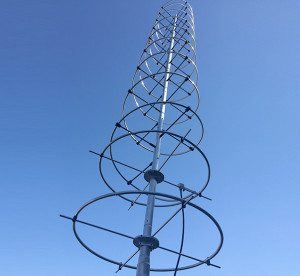 An upgraded VHF antenna capable of supporting both the VHF1 and VHF2 frequencies.

Since the launch of the International Space Station’s first component in 1998, communications infrastructure has been critical to the station’s success and crew safety.

NASA is currently implementing upgrades to very high frequency communications ground stations that backup the station’s primary communications system, the Space Network, and communicate with Soyuz spacecraft when out of Russia’s range.

Russia also operates a VHF network independently from NASA’s. The combination of the two networks ensures VHF communications are available on every orbit of the space station and Soyuz.

The space station hosts two VHF1 antennas, 180 degrees apart. They flank the Zvezda Service Module, an early Russian contribution to the station that served as an early cornerstone for its habitation. Astronauts and cosmonauts can communicate with mission control from any module of the station via VHF1.

“Maintaining the availability of utility-like communications between the crew and the ground is paramount to enabling mission success and ensuring crew safety,” said Mark Severance, Human Spaceflight Communications and Tracking Network director. “The NASA VHF network, in combination with the VHF network operated by our Russian partners, does just that.” 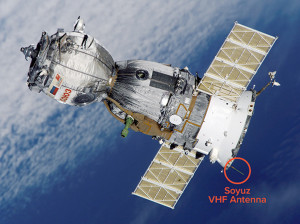 A Soyuz with VHF2 antenna toward the aft of the spacecraft.

Under normal circumstances, the station relies on NASA’s Space Network, a series of Tracking and Data Relay Satellites in geosynchronous orbit. The network provides near-continuous communications coverage between the station and mission control centers around the world who make sure the station’s systems function properly. The Space Network also enables the transmission of high-resolution science data, ultra-high definition video and special downlinks like student contacts with astronauts. VHF1 would only be used in the unlikely event that the space station was unable to communicate via the Space Network.

Russian Soyuz spacecraft sport a single VHF2 antenna towards their tail. Russia uses VHF2 as their primary system for voice communications from launch at the Baikonur Cosmodrome in Kazakhstan to docking with the space station and upon undocking and returning to Earth.

On most Soyuz missions, the spacecraft docks with the space station prior to exiting Russia’s VHF network coverage. The same is true on return to Earth. However, on Soyuz missions that require a longer, 34-orbit rendezvous, the NASA VHF network stands by to provide emergency communications while the Soyuz is outside of Russia’s range, orbiting over the continental United States. NASA’s VHF network could also provide emergency communications in the event a problem required the Soyuz to stay in orbit for an extended period of time.

NASA’s upgrades to VHF network ground antennas, currently underway, involve improvements to numerous electronic components and installation of new software for tracking the space station and Soyuz. Additionally, new antennas at the ground stations, able to operate at VHF1 and VHF2 simultaneously, will add redundancy to the network so that if one system fails, the other system will be able to take over immediately. 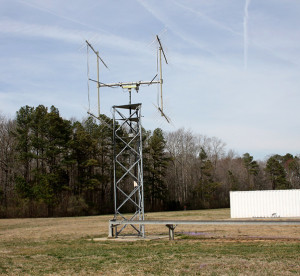 “The purpose of these upgrades is to ensure the VHF ground stations remain a robust capability for backup and emergency communications,” said Severance. “The addition of redundancy, the ‘belt and suspenders’ approach, is particularly important given that these systems would only be employed due to failure of the primary space station communications system or an emergency onboard the Soyuz.”