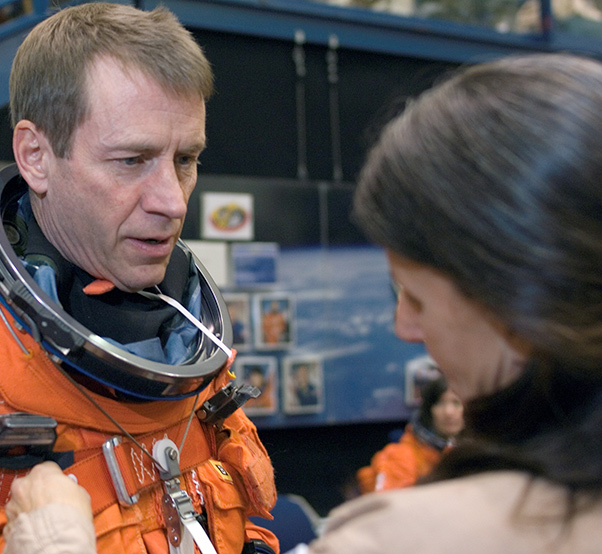 Gregory C. “Ray J” Johnson, who piloted the space shuttle and more than 50 different aircraft, has retired after 28 years of service to the agency.

“Working and flying with Ray J has always been a pleasure,” said Brian Kelly, director of Flight Operations. “We will miss him both in the office and in the air, but we wish him the best as he begins a new phase in his career.”

Johnson is a retired U.S. Navy Captain from Seattle, Wash.. He earned a bachelor’s degree in Aeronautics and Astronautics from the University of Washington, and graduated from the U.S. Air Force Test Pilot School at Edwards Air Force Base in California.

During the STS-125 mission, Johnson and his crewmates spent 12 days, 21 hours and 37 minutes in space, making repairs on the Hubble Space Telescope. They orbited the Earth 197 times, traveling more than 5 million miles.

In addition to piloting Atlantis in space, during his time at NASA, Johnson also piloted the T-38 jets used to train astronauts, the WB-57 high altitude research plane, the KC-97 Super Guppy and the KC-135 zero-gravity plane, among others. He was the fifth chief of the Aircraft Operations division chief in the group’s more than 55 years of operation, before being named deputy chief of the Flight Operations directorate.

Between his time in the Navy and at NASA, Johnson has logged more than 11,800 hours in more than 50 aircraft.