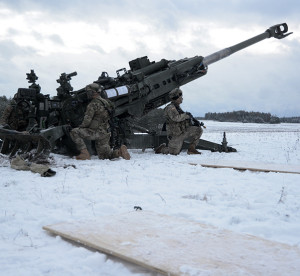 In a high-intensity conflict against a sophisticated adversary, the speed and accuracy of long-range fires could be the difference between advance and retreat.

But delivering critical information from sensor to shooter takes time — time that U.S. forces wouldn’t have in a complex anti-access and area denial, or A2/AD fight.

That multi-domain battle scenario, envisioned by the Chief of Staff of the Army and Chief of Staff of the Air Force, is what drove experts from the two services to convene for an Army-Air Force summit on Aug. 6, focused on applying and integrating their open architecture technologies and approaches to boost speed, precision and agility on the battlefield.

The event was the precursor to a sensor to shooter demo planned for spring 2019, which will prototype an open architecture, machine-to-machine capability to integrate targeting solutions generated from Air Force intelligence, surveillance and reconnaissance platforms into Army long-range precision fires to dramatically shorten the kill chain.

“The power of open architecture is to bring information to decision makers at the speed they need it, as opposed to the speed they get it today,” said Tanya Skeen, executive director of the Army Rapid Capabilities Office, or RCO, which co-sponsored the event with the Air Force RCO and the Army Network Cross-Functional Team, or CFT. “The ability to give information at decision speed — not at the speed of people typing and making phone calls — is really a game changing capability.”

As the Army emphasizes the network as one of its top six modernization priorities, the summit provided a peek behind the curtain at Air Force capabilities and tactics that the Army could leverage and adapt to meet its needs, said Maj. Gen. Peter Gallagher, director of the Network CFT.

“We’ve got six modernization priorities in the Army, eight CFTs, and they all need a network,” Gallagher said. “Every one of our network lines of effort implies open architecture standards. So how do we take off our own blinders, and take some risk to design an architecture for the future?”

For example, Air Force Capt. Don Barrett discussed the Air Force RCO’s Open Mission Systems architecture standards, which have been integrated across multiple manned and unmanned aircraft. Rather than dictate to industry which technologies and interfaces to use, the Air Force used a novel approach: it defined its capability needs, and incentivized a group of vendors to design the standards and accompanying products that would be interoperable and straightforward to upgrade. After Air Force leaders strongly encouraged the companies to work together on a non-proprietary solution, the vendors collaboratively developed a set of standards that the government verified and adopted. 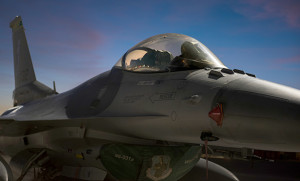 “We don’t specify what goes in the black box or prescribe component design — we just care about how the systems talk to each other,” Barrett said. “The goal is to simplify integration, reuse and modernization.”

Operational benefits of open architecture standards include a common interface, fewer data sharing challenges and increased decision speed. Next spring, the Army and Air Force RCOs will collaborate on a sensor-to-shooter operational assessment to show how air, ground and space sensors can be used to cue long-range precision fires. The demonstration will use open architecture standards to pass and translate data between multiple systems, expand the information available in the command post, and enable commanders to adjust and prioritize resources much faster than current methods.

“If you have those Air Force assets, how do you get that information to the Army in a challenging environment to bring those fires to bear?” said Lt. Col. Rodrick Koch, program manager with the Air Force RCO. “How do we address threats in denied environments? There is a lot of opportunity here.”

After leveraging the summit to compare various open architecture standards, capabilities and best practices, the two services will continue to identify ways to work together to integrate relevant technologies, conduct prototyping and experimentation, and shape future requirements.

“This is absolutely important,” Gallagher said. “We’re pulling everyone together to make these capabilities more efficient, scalable and sustainable.”