Folks that gathered the morning of June 14 at Joe Davies Heritage Airpark in Palmdale, Calif., for a Flag Day celebration listened intently as Carl Hernandez, commander of American Legion Post 348 reflected on the history of the American flag.

He told of the symbolism, that the stripes are rays of light emanating from the sun, that red represents the blood of veterans spilled during war, blue stands for justice and freedom while white indicates that this nation was founded under God.

Hernandez also mentioned symbols affixed to flags adopted in colonial days, icons representing their struggles such as a pine tree, beaver, anchor and rattlesnake with the mottos of Hope, Liberty, Appeal to Heaven and Don’t Tread on Me signifying colonists’ intentions to endure.

On June 14, 1777, the Continental Congress passed an act establishing an official flag for the new nation. That flag would have 13 stripes, alternating red and white; 13 stars for the Union; with white in a blue field representing a new constellation.

“We celebrate the day of its birth,” Hernandez said. “The flag is a symbol of strength, unity, peace and war.” It’s message: ‘I will never attack you, nor will I surrender.’”

“Our Colors don’t run from 1777 to the present. Many have served and died under Old Glory.”

The flag establishes the United States as a nation which stands for freedom — the right to bear arms, the freedom of religion “The flag has gone through many conflicts,” Hernandez said.

Kathleen Dewhurst, facilities coordinator at the Airpark, greeted the crowd, informing everyone that this was the third year of the Flag Day celebration there.

Members of the Joint Air Force and Army Jr. ROTC together with Naval Sea Cadets and Young Marines took down and folded the Betsy Ross Flag, then raised the current day 50-star version.

Maj. Conrad Hernandez, Highland High School’s Air Force Jr. ROTC commander, led the crowd in reciting the Pledge of Allegiance. Then Gary Bassett, of American Legion Post 348, gave the invocation: “We are here to honor our flag and those who fought. Let our flag stand as she is right now.”

“It’s always great to see a crowd here. It seems each year we get a bigger crowd.” He thanked everyone attending the event but made special note of the queens from each community that took part.

These ladies are out here all the time and in addition to doing their homework they promote their community, Hofbauer said. “They deserve special recognition.”

“It’s important to think about why we’re here today,” Hofbauer said. “There’s a lot of people out there working to make sure we have freedom — the sacrifice and dedication behind it.” In addition to the military, he added law enforcement officers and firefighters that risk their lives on any given day for the sake of public safety.

“I would be remiss if I didn’t have you look around this park and think about what these planes mean — each and every one,” Hofbauer told the crowd.

Austin Bishop thanked everyone for coming out to the event. “I’m honored to be a part of this community,” he said.

“It’s truly an honor to be here. I can’t think of a better way to spend the morning,” said Roque before presenting a Certificate of Recognition on behalf of Lackey.

The flag “stands for everything we hold dear — peace, security, our country, our family,” said Ayala before presenting a Certificate of Recognition on behalf of Wilk.

Donna Termeer, on behalf of Barger, extended thanks to the city of Palmdale and the Antelope Valley Service Organization Association for all they do to “preserve faith in our country and our flag.” She also presented a Certificate of Recognition.

In closing, Hernandez said, “We’re loved in some places of the world, we’re not in others.” But, he said, the flag brings everyone together, regardless of their varied and sometimes competing beliefs.

“Today is the 244th birthday of the U.S. Army. The flag covers the coffins of our lost. Many men and women have fought and lost their lives for the freedoms we have today,” Hernandez said. “We, as a nation, continue to exist because we honor that flag.”

Red, white and blue: A tribute to you
Every year, residents of the Antelope Valley and across the nation pay their respects to the Stars and Stripes by celebrating Flag Day with all the hoopla possible.

Although a handful of naysayers exist, a miniscule number of people who attempt to destroy the flag because they don’t really understand its significance, most people truly treasure Old Glory with a deeply heartfelt dedication.

As far as the insignificant number of naysayers that burn or otherwise deface the flag publicly, citing the First Amendment as their right to free expression, they seem unable to get it — they simply can’t do the math. The flag that they torched guarantees First Amendment rights. More often than not, two and two does add up to four.

Those who diminish the value of the flag should know that federal law makes it illegal to publicly deface the flag in any manner.

On a more favorable note, there is such a thing as flag etiquette, as highlighted on various websites including www.usflag.org.

On July 4, 1960, the current 50-star version of the American flag was introduced to the public.

On Sept. 11, 2001, the flag became a symbol of hope and pride, according to the History of the American Flag website at www.united-states-flag.com.

That website states, “Though tattered and dirty, flying above the rubble of the World Trade Center, (the flag), like our country would prevail.” 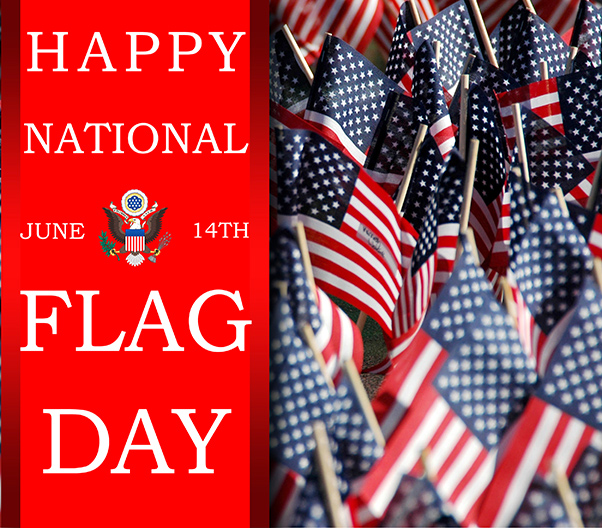