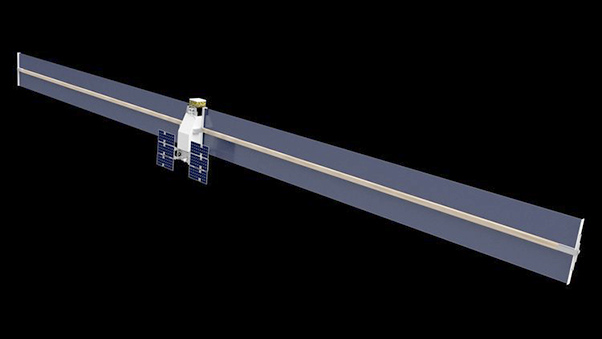 Made In Space has awarded Northrop Grumman a subcontract to support NASA’s Space Technology Mission Directorate demonstration of the autonomous robotic manufacturing and assembly platform, Archinaut, on a flight mission.

The flight demonstration contract award marks the second phase of the NASA-funded Archinaut technology development program which was initially awarded in 2016.

“Demonstrating additive manufacturing in space will open up new doors in the design and construction of space structures that to date have been limited by the volume of a launch vehicle,” said Richard Stapp, vice president, resiliency and rapid prototyping, Northrop Grumman. “Effectively building structures in space is one of the next big steps in our continuous journey of space exploration.”

The objective of Archinaut’s flight demonstration mission is to construct two 10 meter solar arrays, on orbit, to power a small satellite. The Archinaut system will be integrated into an ESPA class satellite bus and launched into space. Once on orbit, Archinaut will employ its extended structure additive manufacturing capabilities and advanced robotics to manufacture and assemble the satellite’s power generation system. The Archinaut-created solar array will yield nearly five times the power currently available to ESPA-class satellites.

This flight demonstration contract award follows a successful ground-based testing campaign of Archinaut’s core additive manufacturing and robotic assembly technologies, qualifying the Archinaut platform for spaceflight. Northrop Grumman supported phase 1 of Archinaut development by hosting thermal vacuum testing at Space Park in California. This testing marked a critical milestone in the Archinaut program to validate the technology readiness of Archinaut’s system for the space environment. Northrop Grumman’s resiliency and rapid prototyping program leveraged its extensive engineering expertise in avionics and systems integration during the first phase of the program.