In 1938, Woodruff signed with the St. Louis Browns. The Browns sent him to the Corpus Christi Spudders of the Class D Texas Valley League, where he batted .271 with six home runs, 20 triples, 71 runs batted in, and a league-leading 44 stolen bases. He also led the team with 84 bases on balls and 13 sacrifice hits.

In 1942, Woodruff was drafted by the Army, where he worked in public relations. He later transferred to the Navy and received aviation training at Pensacola Naval Air Station, Fla., where he earned his fighter pilot wings in June of that year.

Woodruff flew the Grumman F6F Hellcat and saw action in the Pacific Theater during World War II, beginning in August 1944. 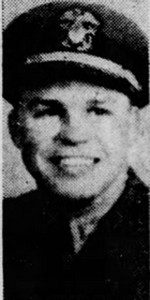 Assigned to Fighter Squadron VF-20 aboard the aircraft carrier USS Enterprise, he participated in action over the Bonin Islands, Yap Island, and in support of the landings at Peleliu in September 1944. In October 1944 he flew missions over Okinawa, Luzon in the Philippines, and in the Second Battle of the Philippine Sea.

During November, he made attacks against targets in the Philippines. On Nov. 14, 1944, he flew a mission against Clark Field near Manila, Philippines.

Anti-aircraft batteries downed six fighters that day, including Woodruff. His body was never recovered, and a year later he was officially declared dead.

Woodruff was posthumously awarded a gold star in lieu of a second Distinguished Flying Cross.

He was also awarded the Navy Cross, the nation’s second highest military award for valor, for braving intense antiaircraft fire and inflicting severe damage against a Japanese light cruiser in October 1944 east of the Philippines.

Editor’s note: Sports Heroes Who Served is a series that highlights the accomplishments of athletes who served in the U.S. military. 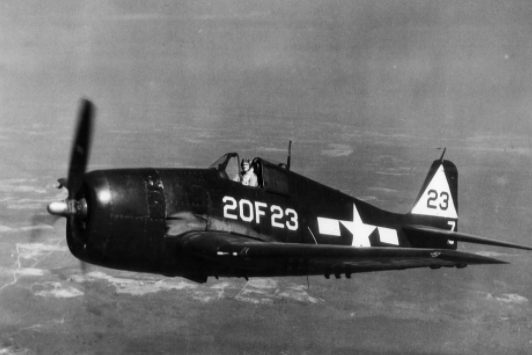