The milestone marks yet another progression in the development of the tactics and utility of the F-35, which reached Initial Operational Capability on Aug. 2.

“It’s awesome to be a part of a milestone like this,” Heguy said. “But it’s just a small tick in the long train of milestones accomplished here at Luke before me. It’s clear that everyone at Luke has done awesome work in the small amount of time the F-35 has been here.”

The F-35’s advanced suite of sensors and stealth technology allow it to operate uncontested in a variety of environments, and as more and more time is spent in the cockpit, F-35 pilots develop the skills necessary to utilize fully all of the advantages their aircraft provides them.

“Now that we are in IOC, we’ve made a significant amount of progress toward being able to execute a lot of the missions that the airplane is tasked to execute,” said Maj. Brian Healy, 62nd FS director of operations.

As Luke’s mission transitions into training an international cadre of F-35 pilots, similar milestones will be reached. Luke expects to host 144 F-35s distributed between six fighter squadrons once the entire fleet has been delivered.

“This is just another stepping stone we’ve laid down through hard work,” Healy said. “We’re taking incremental steps, and we are very, very quickly turning out students. It’s ramped up at almost an exponential pace.” 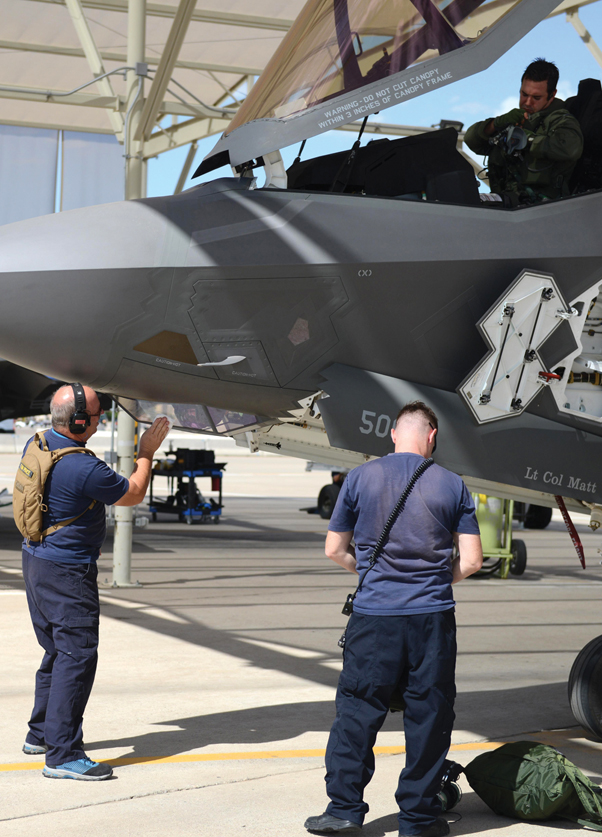 Maintainers perform a post-flight check of the F-35 that flew the 10,000th hour. 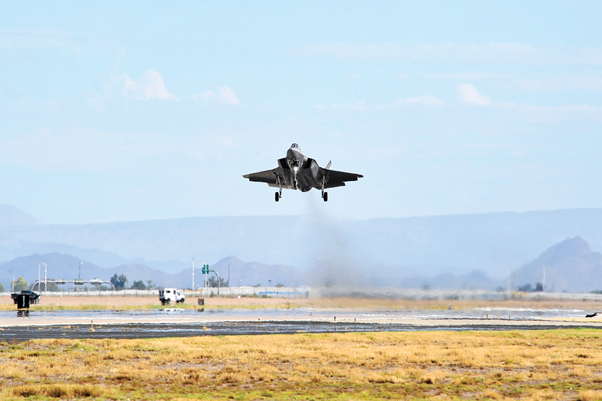