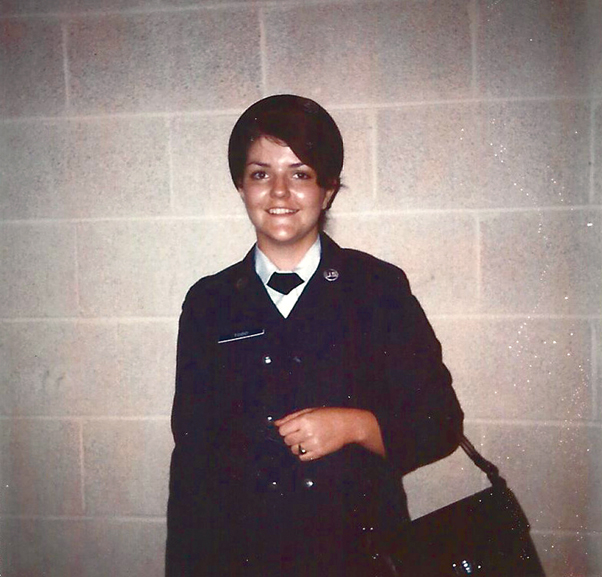 Veterans Day has been set aside to honor the men and women who serve now or have served and the sacrifices they made for their country in the U.S. armed forces. It’s also a time for veterans to appreciate what the military has provided for them. For some that’s a new life, self-confidence and a core set of values.

“Veterans Day is a humbling experience for me,” said Ruth Barmore, retired Air Force veteran. “As a veteran, I am humbled to be counted in the ranks of great men and women who have given so much for our country. When I enlisted in the Air Force, I was in an abusive relationship with no way out. I had a low-paying factory job, and one day I heard an enlistment commercial for the Air Force. As the cliché goes, the rest is history.”

Joining the Air Force provided Barmore a way out of a situation she felt stuck in. Veterans are honored on this day for saving lives. For Barmore, it’s the Air Force that saved her life.

“I love the Air Force, because it literally saved my life,” Barmore said. “I doubt that I would be alive now if I hadn’t enlisted. The Air Force provided me with security, training, a career and renewed self-confidence.  In short, the Air Force gave me a new life. It is also where I met my awesome husband of 40 years.”

Progressive policy in the 70s led the way for full integration of women into the military and opened up opportunities in nontraditional career fields for Barmore.

“When I enlisted in 1974, nontraditional career fields were just beginning to open up for women,” she said. “I was offered several choice Air Force specialty codes in maintenance including radio dispatch specialist, jet-engine mechanic and structural repair specialist. I chose structural repair. I learned to repair the aircraft skin and structural components of the Lockheed C-141 Starlifter aircraft. Each time a Starlifter I worked on took flight, I felt a sense of pride in serving my country. My self-esteem and self-worth received a boost as well, because my country viewed me as a valuable asset.”

The lessons Barmore learned as an Airman helped her transition to a civilian career after the military.

“To be a successful military member, I had to adapt to change, follow directions and complete assignments in support of the mission,” she said. “These very elements allowed me to transition into the civilian job market and not be alarmed by supervisory changes, extra workloads or reductions in force.”

The Air Force gave Barmore pride in herself and taught her to set goals, one of which she recently accomplished by becoming a published author.

“I learned to take pride in myself and to be persistent in pursuit of my goals, one of which was to become a nationally published author,” Barmore said.  “To reach my goal, I sent out numerous queries to esteemed publications. This past July, I was informed by ‘Chicken Soup for the Soul’ that my story, ‘Just After Seven’ was selected to appear in the latest edition of ‘Chicken Soup for the Soul: Angels and Miracles,’ which was released Nov. 1.”