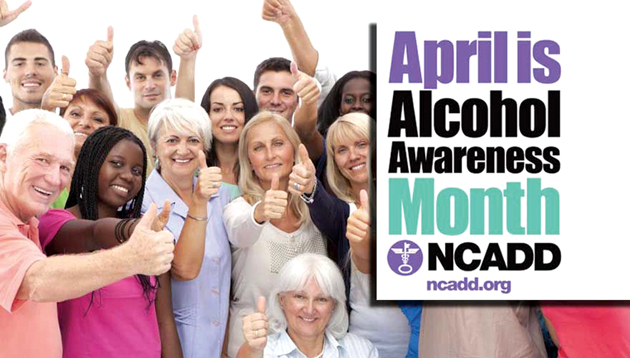 It started when he got his first rum and coke at a party in 9th grade. Airman Z had always been curious about alcohol, and his brother, a senior and one of the “cool guys” in high school, always talked about drinking whenever he hung out with the other cool kids in school.

To Airman Z, drinking looked fun. His first rum and coke relaxed him and took the edge-off. He wasn’t afraid to talk to others. He didn’t feel shy or out of place. By his senior year, Airman Z was having a few beers or drinks a couple times a month.

As time passed, he began to sneak drinks whenever his parents were not home. When he drank with friends, he stayed at their house so his parents wouldn’t know.

As graduation approached, he contemplated college, but felt he might not be ready. He wanted to travel and see the world and remembered an Air Force recruiter talking about opportunities at high school career day. Airman Z decided to contribute to his country and get an education by joining the Air Force. Family members agreed the military would give Airman Z much-needed discipline and focus.

Four months after graduating high school, Airman Z went to basic training and on to tech school. While at tech school, he had liberty to hang out and go to parties. Remembering how good alcohol made him feel, Airman Z decided to return to drinking, even though he was underage and drinking with other underage members.

Over time on active-duty, he drank on the weekends and at times would binge. Airman Z developed an inability to get a good night’s sleep, and if he went too long without a drink, he couldn’t fall asleep at all – until the next day when he was unable to stay awake at work.

Airman Z could stay sober for a while, especially when he was working 12s. He was convinced he did not have an alcohol problem since he drank only to wind down after work or on weekends. He got better at performing tasks under the influence that he used to have trouble with. He built up a tolerance for alcohol and managed to avoid suspicion, which fed his confidence.

After years of underage drinking, he became over confident. One night, after heavy drinking, he drove back to the base speeding and swerving. He was pulled over and failed a sobriety test and breathalyzer. He was arrested for driving under the influence and faced additional charges of resisting arrest and drunk and disorderly conduct.

As a result, Airman Z’s license was suspended for 24 months, he received an Article 15, and was given a reduction in pay. He was placed on a control roster and mobility restriction and remained there until cleared of an unfavorable information file.

Based on a survey conducted by NIAAA in 2013, young adults ages 18 to 29 are more likely to be heavy drinkers. The reasons include a culture and environment that glamorize, support and encourage alcohol use and heavy drinking.

If you or someone you know fits Airman Z storyline, get help or offer assistance. You or your wingman can either self-refer to ADAPT in the 56th Medical Group or set-up an appointment by calling 623-856-7579. You can also speak to a member of the chain-of-command or a friend to get help. You are not alone. The Air Force needs you and has many resources to help you succeed.