Airmen from seven bases across the country partnered with Luke Air Force Base civil engineers to accomplish the annual Bird/Wildlife Air Strike Hazard mission, which began in March and was completed in June.

Known as BASH, the program exists to deter wildlife from nesting in areas where they can pose a threat to the flying mission. This year’s project focused on the removal of mud, water and vegetative growth around the perimeter of the base.

“Due to the large scale of the project, we came here to support the 56th Civil Engineer Squadron,” said Staff Sgt. Darrell Osborne, 60th CES construction and pavement journeyman. “Working as one team, we get the opportunity to train and work together with Luke on this project to make the airfields safe.”

“This is a great opportunity for Airmen from civil engineer squadrons across the country to come and diversify their knowledge,” said Master Sgt. Michael McMurray, 341th CES heavy repair superintendent. “They are involved in a project that provides them training on things they will not get to experience at their own bases.”

The project began with placing bird netting to prevent nesting. The next step was to spray and remove vegetation in the culverts to further deter wildlife from hunting or trying to nest.

“We are eliminating the habitats for the birds surrounding the airfield.” McMurray said. “It’s a big safety concern and we want to protect our fighters as well as the wildlife.”

More than 1,000 tons of vegetation and debris has been removed during the project with a long-term effort to complete an underground system to convey irrigation.

“Due to the current manning and increased volume of work requests on base in the pavement and construction equipment shop, we needed help to tackle this high priority job,” said Master Sgt. Junior Bablington, 56th CES heavy repair superintendent. “These Airmen were able to assist and received an opportunity to train on heavy equipment. Really, when it comes down to it, it’s Airmen helping Airmen.” 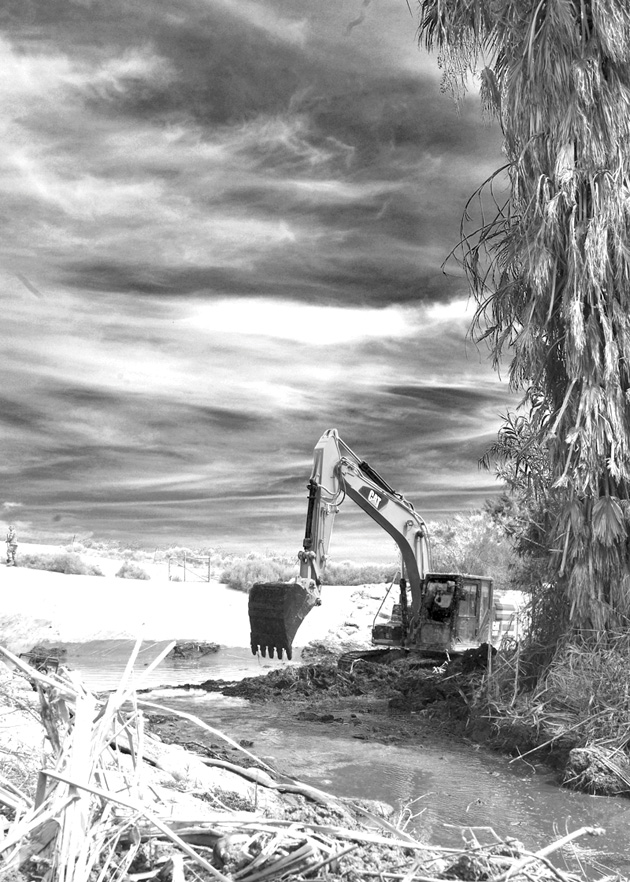 An excavator works to remove sludge May 30 in Glendale. Airmen from Ellsworth AFB, Fairchild AFB, Malmstrom AFB, Travis AFB, Schriever AFB, Andrews AFB and Grand Forks AFB partnered with Luke Air Force Base for the annual Bird/Wildlife Air Strike Hazard project. The program exists to deter the local bird population from nesting in the area as the birds and wildlife can pose a threat to the flying mission when planes take off and land at Luke. 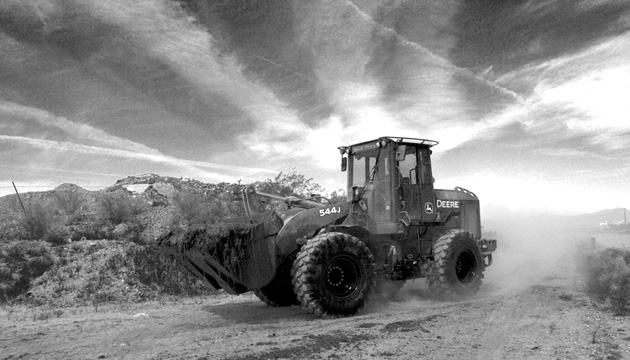 A loader carries a bucket full of sludge. Airmen from seven bases across the country partnered with Luke Air Force Base for the annual Bird/Wildlife Air Strike Hazard project to clear away more than 1,000 tons of mud, vegetation and debris from around the perimeter of the base to deter the local bird and wildlife population and keep the airfields safe.