As Airmen, we have the unique opportunity to live in different places across the world, and this presents endless adventures to be pursued.

In Arizona, there are more than 275 ghost towns to explore. Some of the largest and most prosperous towns were those that boomed during the gold, silver and copper rushes of the 19th century. As mines ran low, and townspeople moved on, only handfuls of locals stayed and once-vibrant cities became dilapidated, weathered shells of their former selves.

Jerome, once known as the “Wickedest Town in the West” now claims the title of largest ghost town in America and is known as America’s vertical city.

Located atop Cleopatra Hill, at an elevation of 5,200 feet, the historic copper town was founded in 1876 and peaked at a population of 15,000 by 1920. World War II raised the demand for copper, but after the war ended, the town began to die and eventually closed its mines in 1953.

During its time, the United Verde Hospital was the town’s mile-high hospital serving as the area’s treatment facility for injured miners, the sick, as well as the birthing center for the town. Phelps Dodge Mining Corporation bought out United Verde, including the hospital. It eventually closed its doors in 1950 and sat for 46 years, until it was purchased and turned into the Jerome Grand Hotel, which now boasts tales of ghost stories, murder and suicides.

“I was up on the third floor cleaning, and I saw a man walk into Room 38,” said Cindy Crow, housekeeping supervisor. “I walked in after the man, and he was gone. There was no way out of the room, except the way I walked in. The third floor seems to be the most active. I’ve been here six years, and the first thing I saw was in room 37B. A mist was floating in the middle of the room, and it blew right through me as I walked toward it. Room 37B was the room of Guthrie May Patch, rumored to be a schizophrenic patient who jumped out of the window of her room. She was brought back into the room, where she died three days later from her injuries.”

Joining Guthrie May, is Claude Harvey. He was found lying face down on April 3, 1935, with his head under the Otis elevator. His death was ruled an accident, but some speculate foul play was involved. After the hospital closed, it became an inviting place for vandalism, so Phelps Dodge hired care-taker, Manoah Hoffpauir, who in 1982, committed suicide by hanging himself from the steam pipe in the engineer’s office.

Jerome is a two-hour drive from Phoenix, but well worth it to see the hilltop town, walk the historic main street with its rich history and chase a ghost story or two.

Another location closer to Luke is the Pioneer Living History Museum. This 90-acre preserved town features original structures, as well as reconstructed facilities that once supported the town. The Ashurst Cabin, built in 1878, was the boyhood home of Henry Fountain Ashurst, Arizona’s first senator following statehood in 1912.

Once a month, working with the Phoenix Arizona Paranormal Society, the Pioneer Village opens its gates for an evening haunted ghost tour through the town, exploring each building, watching and waiting for communications from the other side.

Arizona is also home to some of the most famous ghost towns such as Tombstone and Bisbee, and Yuma Territorial Prison. The surrounding towns, including Tombstone and Bisbee, would send their prisoners to Yuma prison. Between 1876 and 1909, 3,069 prisoners were incarcerated there. More than 100 prisoners died in the establishment, eight from gunshot wounds sustained while trying to escape and many due to tuberculosis. 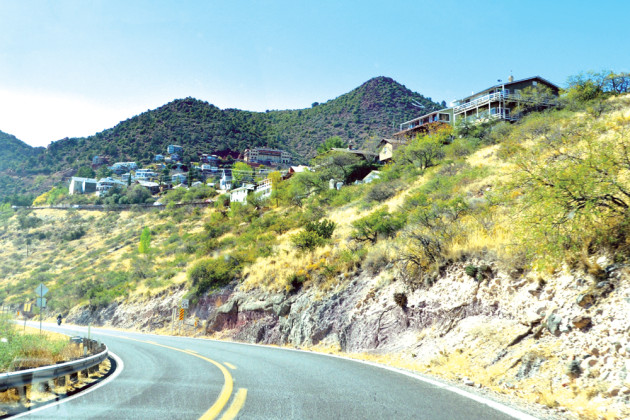 The historic city of Jerome, Arizona sits atop Cleopatra Hill at an elevation of 5,200 feet and was founded in 1876. It once boasted the name “Wickedest town in the West” but it now known as the “Largest Ghost Town in America. 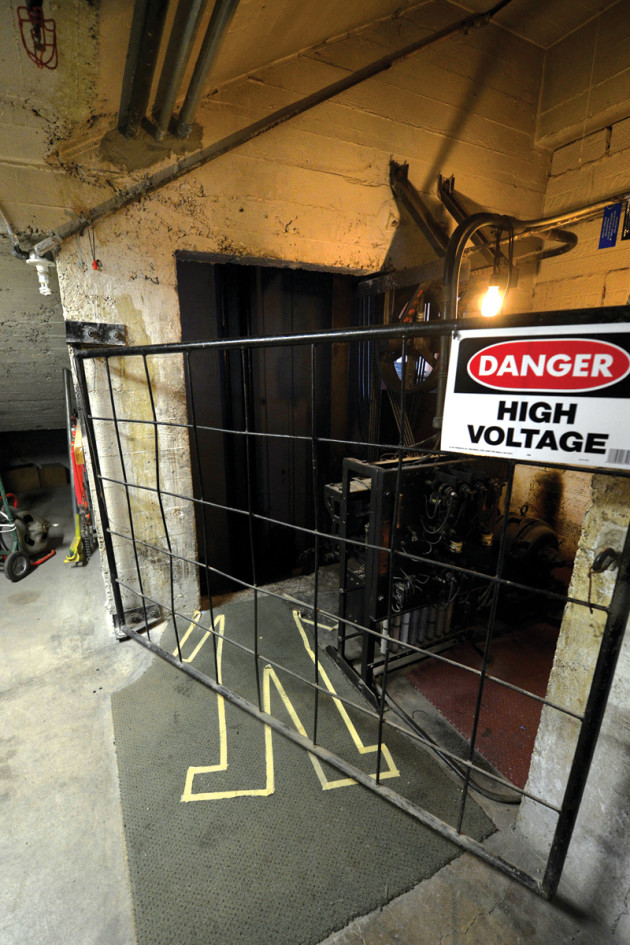 The replica taped outline shows the location where the body of Claude Harvey, the hospital’s engineer. On April 3, 1935, Claude was found deceased on the floor with his head stuck under the Otis elevator. His death was ruled an accident but with no logical reason why Claude would be working near the elevator shaft, rumors spread that Claude may have met with foul play.