Courtesy photoDan was a New York and Connecticut home builder and flat-track motorcycle racer; then moved to Lake Tahoe, California, where he enjoyed the thrill of flying off mountaintops. In 1981, he sustained a spinal injury landing a hang glider in bad weather. Losing the ability to walk, he returned to college to pursue a career in mechanical engineering, landing him in Silicon Valley, California.

Despite his handicap, Dan returned to flying within six months, and since then his tenacity and adventurous spirit have allowed him to accrue more than 3,000 hours of flight time in hang gliders and sailplanes. Completing his private and commercial pilot licenses as a wheelchair user, his motorless recreational flights are typically three to six hours long, thermal soaring as high as 18,000 feet over the western deserts and mountains.

He has performed in air shows since 1989. 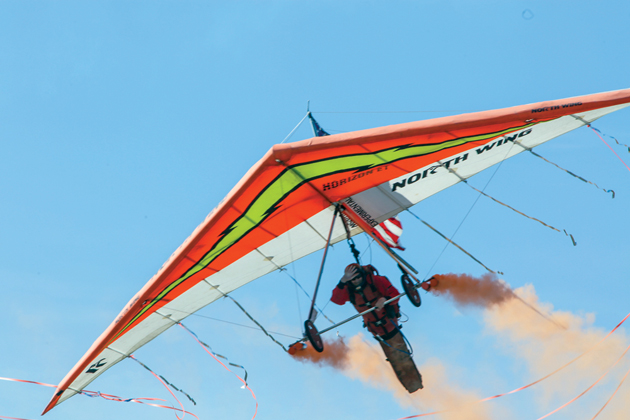 Dan Buchanan colors the sky while piloting his hang glider during the 2016 MCAS Miramar Air Show aboard Marine Corps Air Station Miramar, Calif., Sept. 23. Buchanan lost the use of his legs after suffering a spinal injury in 1981, but has since accrued more than 2,400 flight hours in hang gliders. The MCAS Miramar Air Show showcases world-class performers, military flight demonstration teams, the capabilities of the Marine Air-Ground Task Force and celebrates Miramar’s longstanding relationship with the local San Diego community. 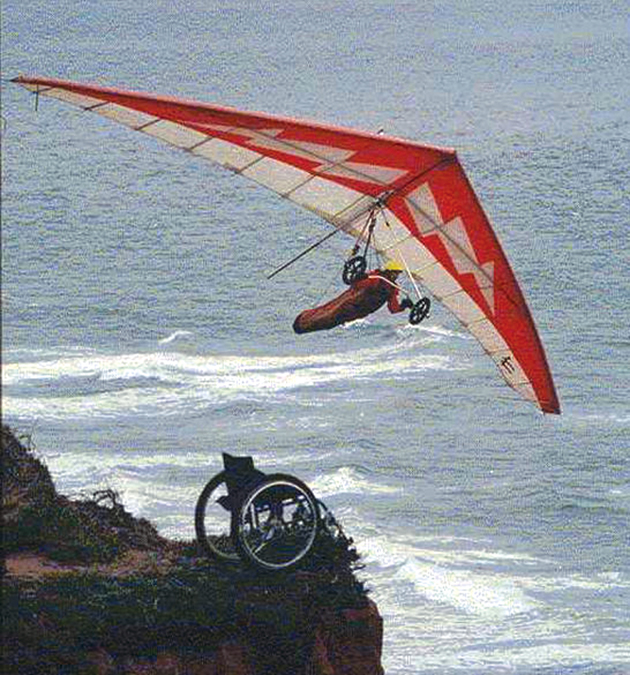