The Desert Rats Formation Demonstration Team is based at the Phoenix Deer Valley Airport and flies the CJ-6 military trainer. They are one of the few four-ship formation demonstration teams in the Southwest.

The Nanchang CJ-6A is a two-seat, basic pilot trainer for the China’s People’s Liberation Army Air Force. Still in use today, it was designed in 1958 as an improvement over the license-built Soviet Yak-18 trainer supplied to the PLAAF in 1949. It was the first indigenously designed and manufactured aircraft in China, and more than 2,000 copies have been produced, with more than 200 examples flying in the U.S. It is powered by the 285-hp HS-6 or the 360-hp M-14 9-cylinder radial engine, has a wingspan of 33 feet, a length of 27 feet and gross weight of 2,900 pounds. It is fully aerobatic and the maximum speed is 202 knots. It is popular because it is a rugged, inexpensive warbird that is easy to maintain. 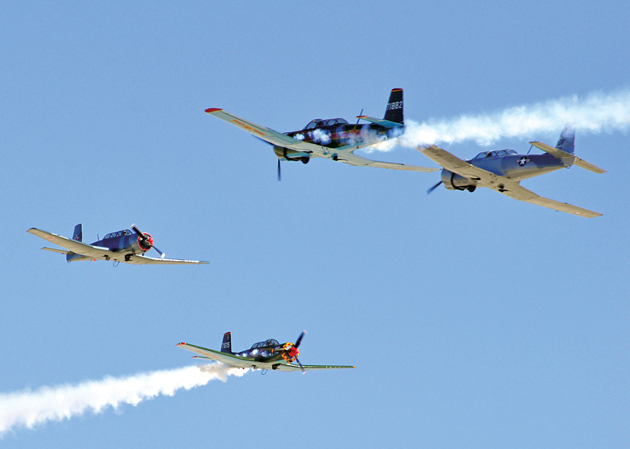 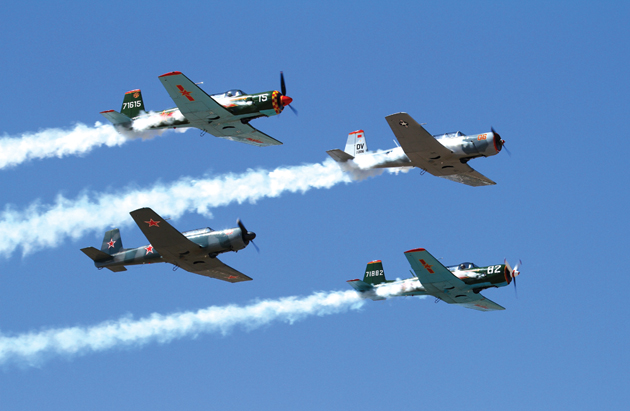