In the spring of 1962, a group of Air Force Academy cadets made their first parachute jump. Using condemned SERE rigs and local aviation pilots, these cadets made several jumps in the Colorado area.

When word of their jumping got back to the superintendent, academy leadership faced a dilemma — punish or reward. Wings of Blue club status resulted in May 1964 after receiving a challenge from the Commandant of West Point to compete in a para meet. The club grew and became well-known in the skydiving community. They are now the internationally known U.S. Air Force Academy Parachute Team Wings of Blue.

• In spring of 1970, permission was granted to award the “basic parachutist” badge to AM-490 grads.

• In 1978 the team transitioned from the use of round canopies to the square design and were among the first group to jump the revolutionary design.

• In 1994 the 98th Flying Training Squadron stood up as the official home for the Wings of Blue.

• In 2009, the team accomplished the first-ever live video feed on the Jumbo Tron into many of our venues across the nation. 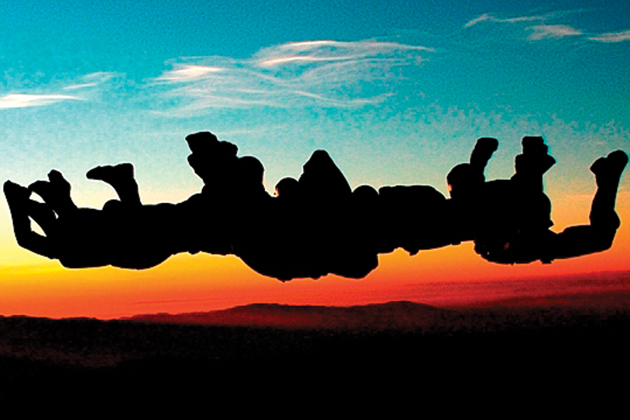 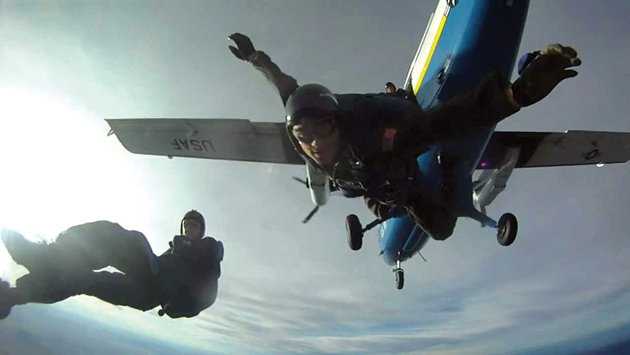