The 56th Contracting Squadron conducted an exercise in February to prepare their Airmen to deploy in support of any wartime or peacetime emergency.

This year, the exercise trained Airmen on how to implement recovery efforts after a stateside natural disaster.

“We must always be prepared for bare base operations or setting up a new location or base in support of a contingency,” said Master Sgt. Joseph Freeland, 56th CONS superintendent.

“What our contracting squadron is doing here is preparing their team for the likely challenges they’ll face,” said Col. Robert Sylvester, 56th Mission Support Group commander. “Each year, contracting asks me to put heavy pressure on these young contracting experts because they never know what to expect in the deployed environment. It’s imperative Airmen understand they’re the subject-matter experts.”

“Here in the 56th Fighter Wing, we work best in teams,” Freeland said. “Without the help of the participating squadrons, the exercise wouldn’t have been a success.”

With the exercise wrapped up, the contracting Airmen will use the tools gained to prepare them for future deployments.

“Practicing their skills on how to be successful in a stressful environment will allow the contracting Airmen to provide top-notch support to the warfighters and support units,” said Col. Michael Richardson, 56th Fighter Wing vice commander.  “They are called upon to perform under the most demanding conditions, in forward locations, where their professionalism and diligence can literally mean the difference between life and death, between military success and failure,” Richardson said.  “This exercise at Luke AFB was a perfect opportunity to turn up the heat and test them, in a high-fidelity, high-intensity, high-stress environment, so that when they deploy into harm’s way, they remain polished and effective in their duties at all times.” 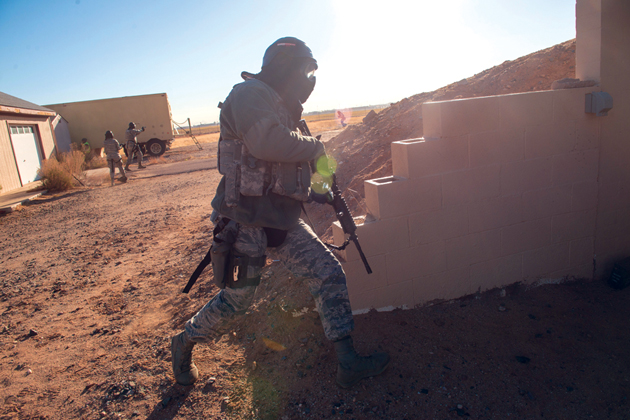 An Airman from the 56th Contracting Squadron takes cover during the exercise. The exercise prepared Airmen to deploy in support of any wartime or peacetime contingency. 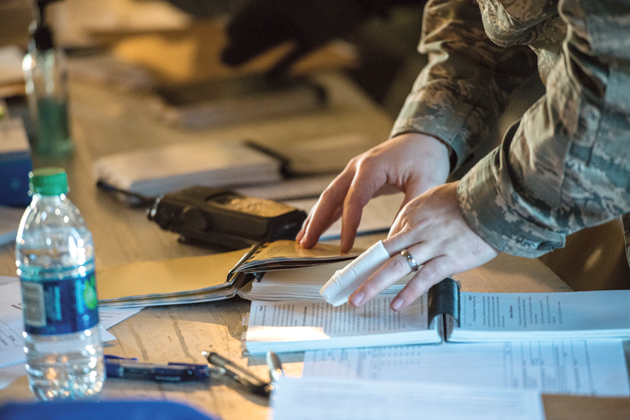 Make a difference in someone else’s life today