In May of 1966, 21 days after his F-4 Phantom II was shot down over North Vietnam, Sam Johnson arrived at the Hōa Lò Prison. Within hours, he was beaten unconscious by his brutal captors. The unspeakable pain Johnson endured when his broken arm and dislocated shoulders were wrenched backwards was only the beginning. Johnson spent the next seven years being tortured and starved as a prisoner of war, never succumbing to North Vietnamese authorities’ demands.

Even after being released in February 1973 and reunited with his wife Shirley, whom he called the love of his life and the real hero who held the family together while he rotted in a cell in the Hanoi Hilton, Johnson still wanted to serve his country. He retired from the U.S. Air Force as a decorated colonel after 29 years, and in 1991, was elected U.S. representative from the third district of Texas, where he served until last month.

Undoubtedly, Johnson’s seven years as a POW affected his career in Washington. But ironically, it was not the suffering he endured that colored his future political ideologies. Johnson’s leadership in the House was influenced by a flame of hope that was sparked on a dark night in Hanoi.

When Johnson regained consciousness, he was thrown into a cell. In his memoir, Captive Warriors, he describes the hopeless feeling he had that night.

“The tiny feeling of triumph I had felt upon leaving the torture room was gone,” he wrote. “I felt suddenly like a weary traveler who, after reaching an almost impossible plateau, discovers that the destination is still unimaginably far away, obscured by endless miles of rugged mountain range no one has ever been able to climb.”

But then, the guards left the cellblock, and naval officers Jerry Denton and Jim Stockdale called to Johnson out of the darkness. Stockdale projected comforting natural leadership and strength. Denton taught Johnson the secret “tap code” they used to communicate through cell walls without detection.

Johnson, Denton and Stockdale were among 11 American military POWs at the Hōa Lò Prison that were identified as “die-hards,” thought to be a threat to prison authorities due to their organized resistance. In October 1967, those 11, eight Navy officers and three Air Force officers, were moved a mile away, to a secret facility they had dubbed “Alcatraz,” dug out of a central courtyard at the North Vietnamese Ministry of Defense. They became known as “The Alcatraz Gang,” and were subjected to extreme conditions and maltreatment.

For more than two years, the Alcatraz Gang was held in solitary confinement, shackled nightly in leg irons that permanently wrecked their limbs, and subjected to extraordinary torture sessions. After the cruel years at Alcatraz, Johnson was transferred back to the Hanoi Hilton but never stopped resisting. He spent 42 months in solitary confinement, more than half of his seven years as a POW.

Johnson was able to survive the ordeal mostly because of the sense of purpose he felt through communicating with his fellow prisoners. Through their secret tap code, Morse code, hand signals, and even written messages transported through a rusted paint can he used as a latrine for five years, the Alcatraz Gang kept a flame of hope alive.

Johnson, now 88, served his country honorably for nearly seven decades. Johnson’s military bio includes 62 combat missions in the Korean War, 25 combat missions in the Vietnam War, being on the Flying Thunderbirds demonstration team, and numerous medals, including the Silver Star, the Legion of Merit, the Bronze Star and the Purple Heart.

Although Congress has fewer military veterans in its ranks nowadays, Johnson’s life of service may inspire future voters and candidates. A record 173 veterans ran for office in the 2018 mid-term elections. Johnson’s replacement, freshman representative Van Taylor, served as a U.S. Marine and is an Iraq War veteran.

When asked how he could be an eternal optimist, Johnson mentioned the sense of hope that started with the Alcatraz Gang.

“I have boundless hope for America, and I know in my heart our best days are ahead.” 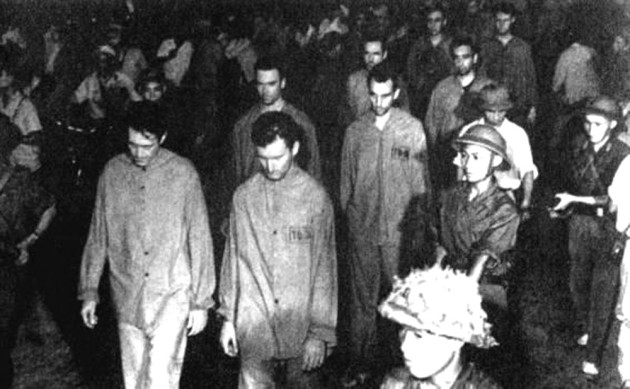 Prisoners of war, the notorious Alcatraz Gang was a group of 11 American military members held separately because of their resistance to their North-Vietnamese military captors. The group received solitary confinement and special torture given in sessions in order of rank, highest to lowest.

Johnson is a retired Air Force colonel and was a decorated fighter pilot in both the Korean and Vietnam wars. 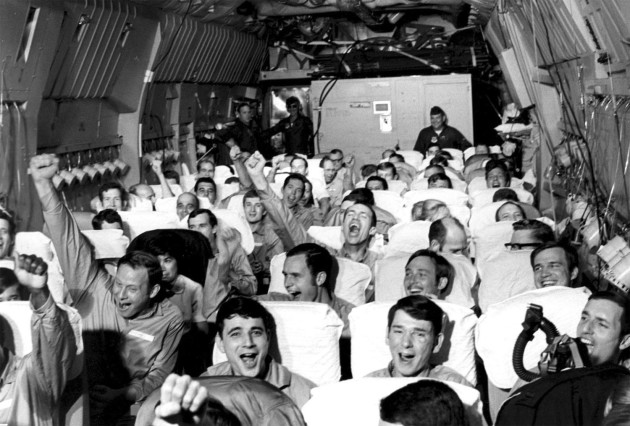 All the POWS were released from North Vietnam in February and March 1973.