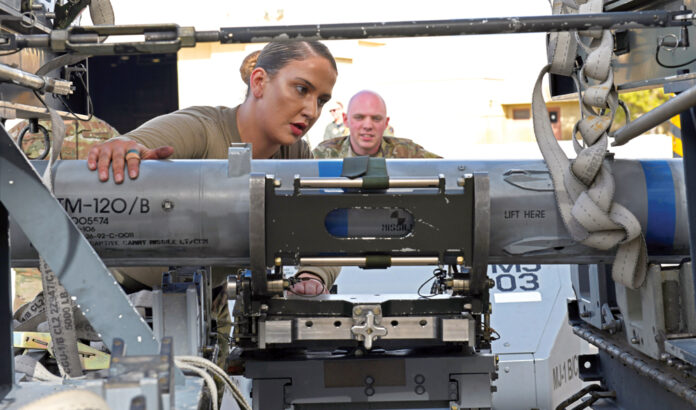 Staff Sgt. Katrina Stuhl, 310th Aircraft Maintenance Unit weapons load crew chief, prepares an inert munition to be loaded onto an F-16 Fighting Falcon Jan. 24 during the Annual Load Crew Competition at Luke Air Force Base. Eight AMUs competed in a timed event to load munitions onto an F-16 Fighting Falcon or F-35A Lightning II with the highest level of safety, accuracy and speed. The 56th Fighter Wing hosted the competition to determine the load crew team of the year and recognize maintenance Airmen for their proficiency in arming aircraft with munitions. The winners of the competition will be announced Feb. 7 at the Maintenance Professionals of the Year banquet and ceremony.