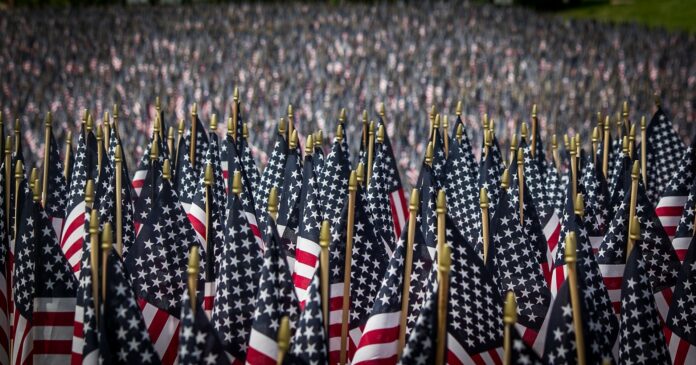 Cemeteries will will be open for public visitation

Another offering is a new online memorial feature, allowing the public to pay tribute to veterans interred in VA national cemeteries across the country.

“This year, by necessity, will be different from past Memorial Day observances,” said VA Secretary Robert Wilkie. “While the department can’t hold large public ceremonies, VA will still honor veterans and service members with the solemn dignity and respect they have earned through their service and sacrifice.”

Each VA national cemetery will conduct a brief wreath laying ceremony, accompanied by a moment of silence and the playing of Taps. In keeping with CDC guidelines to limit large gatherings, the ceremonies will not be open to the public.

Cemetery visitors are asked to adhere to health and safety guidelines and maintain physical distancing while visiting. Visitors are also urged to consider visiting Friday, Saturday or Sunday to avoid possible crowds on Memorial Day. Families may continue the tradition of placing flowers and small American flags at their veteran’s gravesite.

VA will also be launching a new way for the public to pay tributes to veterans at the Veterans Legacy Memorial [https://www.vlm.cem.va.gov/]. The site, originally launched in 2019, contains a memorial page for each veteran and service member interred in a VA national cemetery. Beginning May 14, online visitors can leave a comment of tribute on a veteran’s page, introducing a new way to observe Memorial Day. The tribute allows visitors to voice memories and appreciation for a veteran’s service. All comments will be reviewed for appropriateness prior to being posted.

As it has in years past, VA is again partnering with Carry The Load [www.carrytheload.org] this Memorial Day to honor select “Veterans of the Day” with remembrances on social media from May 11-25.

The Poppy: a symbol of Memorial Day

Introspection spurs us to be better