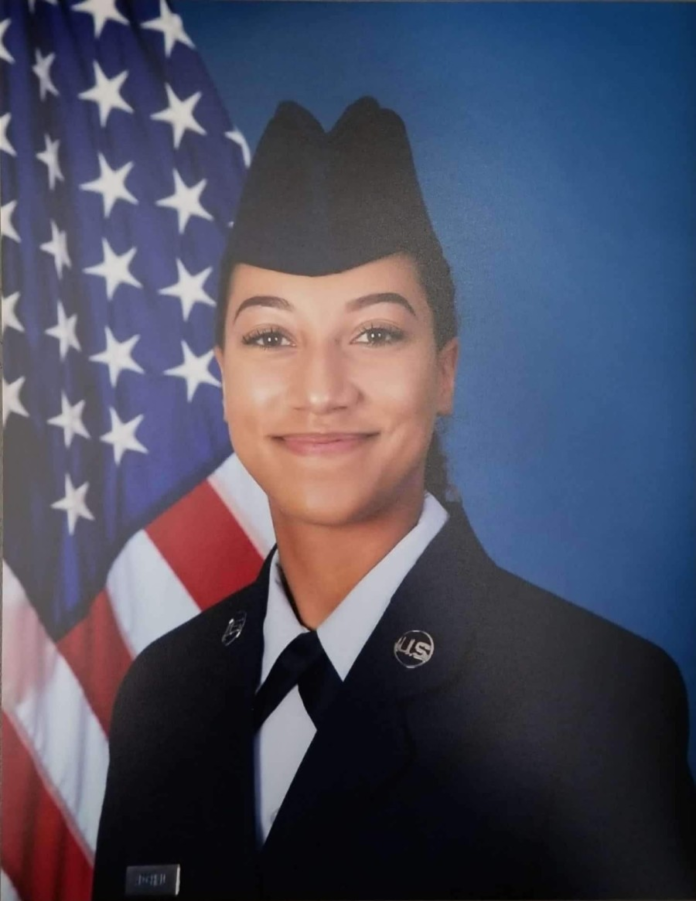 No suspects are being sought in a shooting that left two airmen dead at the Grand Forks Air Force Base in North Dakota, the military said June 2.

“The two fatalities were the only ones involved in the incident,” base spokeswoman Lea Greene told The Associated Press.

She would not comment on whether investigators believe the June 1 shooting was an apparent murder-suicide.

“The investigation could take weeks, if not months,” she said.

The names of the deceased airmen may be released June 3, she said.

Aposhian was 21-years-old and from Phoenix, Ariz.

“We’re torn apart by the loss of our daughter to a senseless act of domestic violence,” said Brian Murray and Megan Aposhian. “Natasha had recently joined the Air Force and was just starting to embark on a career serving her country. It’s a tragedy she won’t get to fulfill her hopes and dreams. We ask that you pray for her, our family and the countless victims of these crimes.”

The base’s emergency services responded to the shooting, which occurred at 4:30 a.m., CDT, a statement from the military said. Officials said there is no risk to other personnel, and the shooting remains under investigation.

Medical teams are providing disaster mental health services to help people who are affected, the base said.

The airmen were members of the 319th Reconnaissance Wing. Greene said the shooting occurred at a dormitory on base for single enlisted airmen early in their military careers.