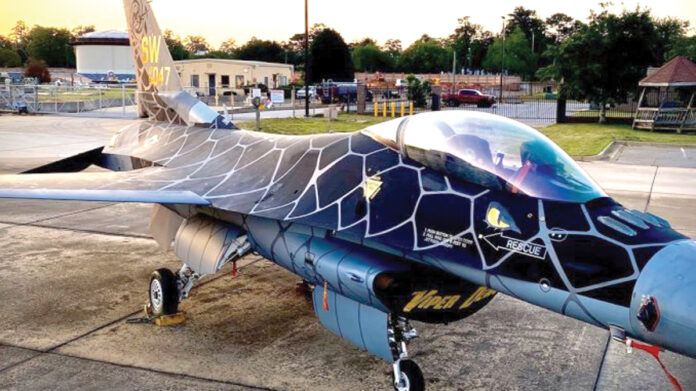 Commanded by Maj. Garret “Toro” Schmitz, an operational F-16 pilot assigned to the 20th Operations Group, Shaw Air Force Base, the United States Air Force F-16 Viper Demonstration Team is a 15-member team whose mission is to showcase the Viper’s maneuverability at airshows around the world. The snake scales across the body of the aircraft fit the namesake of the jet and the signature black and yellow colors feature prominently from nose to tail.