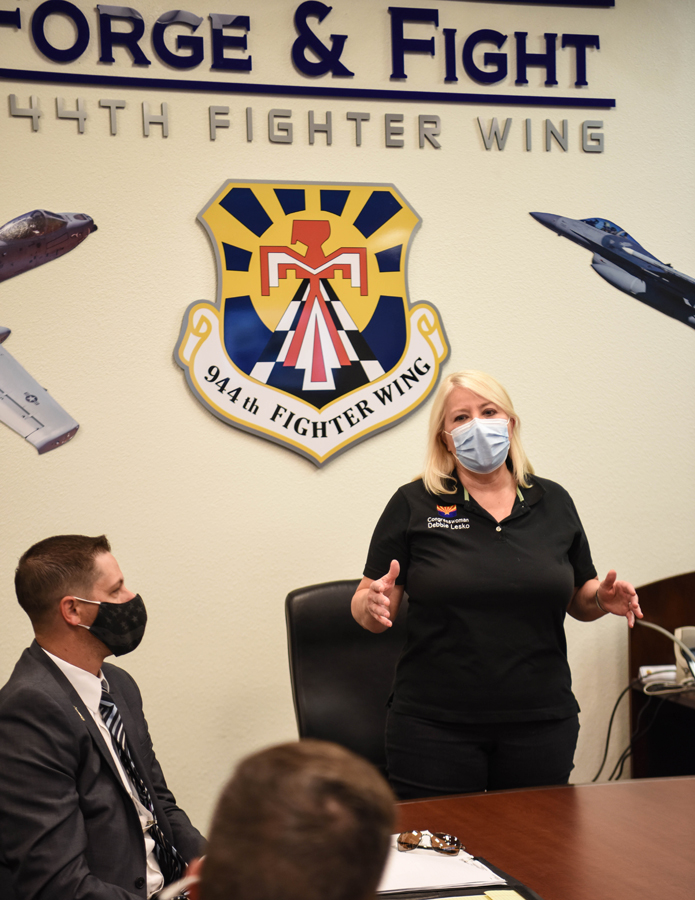 During the visit, the congresswoman met Reserve Citizen Airmen from throughout the 944th Fighter Wing as well as children participating in this year’s Operation Reserve Kids event.

“I’m very impressed with the Airmen here at Luke AFB and the dedication they have,” Lesko said. “I met Airmen who are full-time Reservists here and traditional Reservists who come out one weekend a month to train, who also deploy and serve alongside our active duty military.” Some Airmen unexpectedly had the opportunity to meet Congresswoman Lesko and talk about their respective jobs.

“I was caught a little off guard, not knowing I was about to meet a congresswoman,” said Senior Airman Bijon Davis, 944th Force Support Squadron services apprentice. “But once we met, I was ready for her questions and that was my moment of resiliency.”

Davis talked with the congresswoman about the role of services in a deployed setting similar to what was set up for Operation Reserve Kids.

“I told her how our mock setup correlates with our services duty in a contingency setting,” said Davis. “We use tents we can set up at a bare base location in about an hour or two and can withstand a variety of weather conditions. We also talked about our mission for Airmen to have the energy to complete specific roles in the mission. Our job is to feed every Airman, including pilots, using meals-ready-to-eat and unitized-group-rations.”

Lesko took time during her tour to congratulate ORK participants on a successful mock deployment. 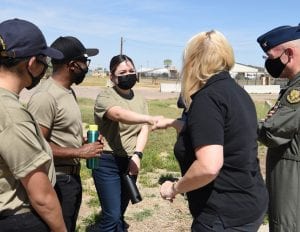 “One of the most important things I can do as a member of congress is to make sure that our military service members are taken care of including their families,” she said. “It was really great to see something I hadn’t seen before, a deployment program for the kids, and how it worked. It was a really special touch.”

Overall, the tour was a success for both the visiting congresswoman and the Airmen she met.

“I really appreciate the men and women here at Luke and their service to our country because as a congresswoman my number one job is to protect our nation, too,” Lesko said. “Our Reserve Citizen Airmen play such a key role in that and I saw it firsthand here today.” 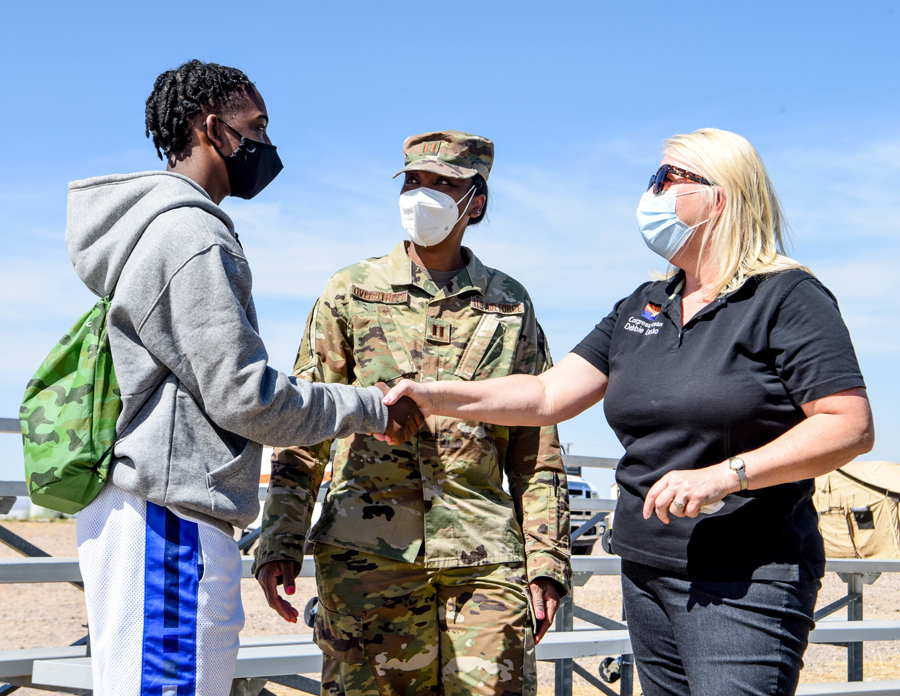