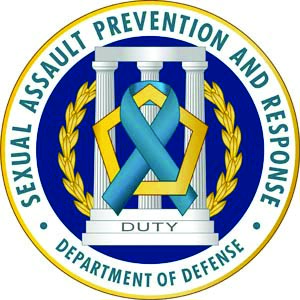 WASHINGTON, March 26, 2015 – There has been progress in the Defense Department’s efforts against sexual assault in the military, “but we have to keep hammering away at the problem,” said Army Maj. Gen. Jeffrey Snow. “This is going to take time.”

Snow leads DOD’s Sexual Assault Prevention and Response Office, and while he said he’s encouraged at signs of progress, he’s not satisfied.

“This evil undermines the trust that holds our military together,” the career infantryman told DOD News. “It is morally wrong, and instances of sexual assault can also have an impact on readiness — on individuals, certainly, but also on units.”

Snow is monitoring 50 initiatives put in place by past Defense secretaries Leon Panetta and Chuck Hagel. “These initiatives changed how the military prevents, responds to and prosecutes sexual assault crimes,” Snow said. “I’m encouraged that Secretary [Ash] Carter has already announced his commitment to keep this program aggressively moving forward.”

Progress is undeniable. The most recent data, gathered last year, shows the past-year prevalence of sexual assault is down significantly, Snow said. Estimates indicate there were 6,000 to 7,000 fewer sexual assaults in 2014 than in 2012.

While there were fewer sexual assaults, more of them were reported. “There was an unprecedented 50 percent increase in victims choosing to report the crime in 2013,” he said. “Last year … even more chose to report.” This means authorities received reports from one in four victims in 2014 –- up from 1 in 10 in 2012.

Changes in the military justice system give commanders the tools they need to fight the crime. They also expand legal representation and protections for victims’ interests, rights and privacy, Snow said.

Addressing sexual assaults against men is particularly challenging, he said. Given the preponderance of males in the military, the estimated number of men experiencing a sexual assault is actually higher than the estimated number of women –- roughly 10,000 to 8,000, respectively. However, reporting of the crime shows an even greater disparity. Officials estimate about 10 percent of victimized military men report their assault, while roughly 40 percent of victimized military women report.

The department is developing new ways to reach out to men who have been sexually assaulted, Snow said. Officials are looking at special information campaigns and special training for police, prosecutors and medical personnel, so they can recognize the signs of assault and act upon them, the general explained.

It is the department’s goal to encourage greater reporting, as a way to provide victims with assistance and to hold offenders appropriately accountable, Snow said. An unrestricted report allows a victim to get help and participate in the military justice process. Restricted reports do not trigger a criminal investigation or command notification, but do allow victims to confidentially get help, Snow said.

“Our response system is designed to build a victim’s trust in the system and deliver immediate care while assisting with restoring resiliency after a sexual assault,” he said.

An outgrowth of the increased emphasis on the crime is an increased focus on combating retaliation, Snow said.

“Our victim and population-based surveys look to capture the kinds of stressors military members experience so that responders throughout the department can better meet their needs,” he said. “But we have more to do if we are going to keep people reporting this crime. We’ve found that service members can often perceive ‘social retaliation’ from peers after reporting.”

While these acts aren’t always criminal, Snow said, “they certainly can add to a victim’s feelings of alienation and complicate someone’s recovery.”

Sexual assault prevention and response officials will continue to drive forward, Snow said. “We will keep working with people inside and out of the military to take on this problem,” he added.

Research indicates that sexual assault happens less often in commands with good climates and low rates of related problems, such as sexual harassment, he noted. Snow added that prevention of sexual assault relies heavily on individuals’ efforts to take action if they see a situation at risk for sexual assault or disrespect being shown to a fellow service member.

He praised federal lawmakers for all they have done to highlight the crime and for the tools they have given the military to combat it.

Still, he said, the road ahead is not easy and will take time. “It’s not successful until that last private in the smallest unit understands that sexual assault is a crime and that he or she will be held accountable for promoting a culture of dignity and respect,” Snow said. “We want service members to not only identify risky situations, but also to intervene and demonstrate social courage when they encounter inappropriate behavior.”

Sexual Assault Awareness and Prevention Month (SAAPM) is recognized in April by both civilian and military communities. The Department of Defense observes SAAPM by focusing on creating the appropriate culture to eliminate sexual assault and requiring a personal commitment from all Service members at every level. We all have a part in combating sexual assault and SAAPM offers an excellent opportunity to focus attention on our individual roles.