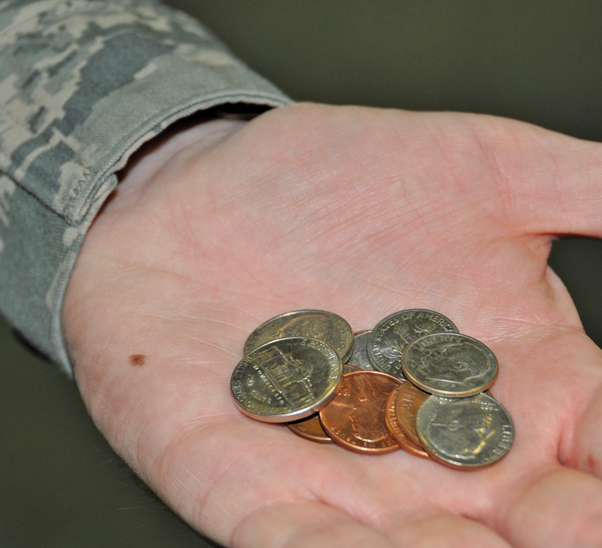 Senate lawmakers on Tuesday shook hopes for a larger military pay raise next year by recommending only a 1.3 percent hike in their draft version of the 2016 defense authorization bill, a move that could further widen the “pay gap” between troops and their civilian counterparts.

The Senate Armed Services Committee’s personnel panel differs from the House version of the annual budget legislation, which instead defers to existing law that suggests troops should get a 2.3 percent raise next year.

However, the House version does not include specific language mandating the bigger raise, leaving the door open for the White House to substitute its own pay figure. President Obama already has indicated his preference for only a 1.3 percent raise, to help rein in military personnel costs.

For an E-4 with three years of service, the difference between the two potential pay raises would total about $268 a year. For an O-4 with 12 years, it would be about $838.

Outside advocates say that can have real impact on service members’ financial stability, especially when paired with lower housing allowances and increased pharmacy co-pays suggested by the Pentagon.

They also noted that military pay raises have been stuck below average annual increases in private-sector wages for the last two years, widening the salary gap between civilian workers and their military counterparts.

But defense officials say the lower pay level could save the department about $4 billion over the next five years that could be reinvested in training and modernization programs.

On Tuesday, personnel subcommittee chairman Sen. Lindsey Graham, R-S.C., said the smaller pay raise was one of a series of unpalatable options lawmakers are being forced to accept because of looming budget caps.

“Sequestration has caused us to make some difficult cuts, some draconian cuts,” Graham said. “Until we can replace that with rational cuts, this is only going to get worse.”

Full details of the personnel panel’s markup of its slice of the authorization bill will not be made public until later this week, after the full armed services committee has reviewed its entire draft bill.

But Graham said the measure will also include “slight changes” to housing allowances, which were trimmed by 1 percent last year in another cost-savings measure. The draft bill also will again call for increased beneficiary co-pays for Tricare drug prescriptions.

House members rejected both of those ideas in their draft.

Graham said the Senate draft also will include changes to military retirement benefits based on recent recommendations from the congressionally mandated Military Compensation and Retirement Modernization Commission.

That plan would replace the current 20-year, all-or-nothing retirement system with a 401(k)-style retirement plan and pension-style retirement payout. The change would allow all troops to receive some retirement benefits, but has received criticism from some military advocates over fears it could hurt retention.

Graham said his panel’s version of retirement reform differs from what’s in the House bill, meaning the two retirement overhaul plans would need to be reconciled in a conference committee.

The Senate version of the bill is expected to be finalized later this week. No time frame has been outlined for when the legislation might reach the Senate floor for consideration by the full chamber.

The House is expected to finalize its draft by the end of the week, opening the door for conference committee work in early summer if a full Senate vote comes in the next few weeks.