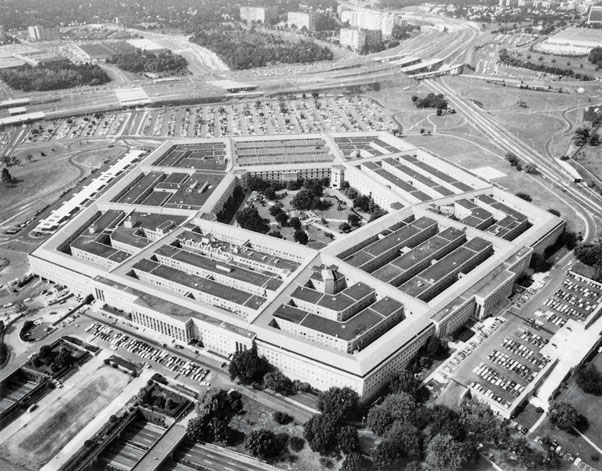 After months of official silence, the Defense Department on Wednesday sent to Capitol Hill its formal recommendation for transforming military retirement benefits, a move that is likely to clear the way for major changes to become law.

The Pentagon is officially backing a “blended” system that would shrink the size of the current pension by about 20 percent yet supplement that benefit by offering government contributions to individual retirement investment accounts.

The proposed system would provide for the first time a modest retirement benefit for the vast majority of service members who leave the military before reaching 20 years of service to qualify for the traditional pension.

The Defense Department’s recommendations are mostly similar to the legislation that is gaining steam on Capitol Hill and comes at a time when lawmakers are hammering out the details of their annual defense policy bill.

“We believe very strongly in this and I hope that this does become law,” Laura Junor, the principal deputy undersecretary of defense for personnel and readiness, told Military Times in an interview Wednesday.

The Pentagon on Wednesday sent top lawmakers a six-page “white paper” outlining in detail the military’s official position on the retirement reform efforts. Top defense officials will begin meeting with lawmakers on Capitol Hill on Thursday to discuss the details and specific legislative proposals, Junor said.

The Pentagon agrees with Capitol Hill that a future military retirement system should involve individual investment accounts for all troops and provide government contributions to those accounts as part of a Thrift Savings Plan. Money put in a TSP is not available without tax penalties before age 59 and a half.

In effect, the new retirement system would significantly reduce monthly pension income for so-called working-age retirees, but it would restore that money — and potentially more — after veterans reach age 60.

The Defense Department is also urging some modest changes to Capitol Hill’s military retirement reform bills. That includes eliminating a feature backed by the Senate that would give service members retiring after 20 years of service the option to forgo traditional monthly pension checks and instead receive a lump-sum immediately upon leaving military service.

That lump-sum option was criticized as being a bad deal for troops and, in concept, resembling pay-day lenders that charge exorbitant interest rates. The military essentially agreed, noting in it’s memo to Congress that such a lump-sum payment is a “smart financial decision in very limited circumstances” and “proposed computation methodologies … result in relatively small lump sums, while forgone annuities are significant.”

The Pentagon’s new recommendation also includes a substantial adjustment to the lump-sum “continuation pay” bonus that is part of the current proposals.

Specifically, the bills pending before Congress would provide a lump-sum cash payment at the 12th year of service contingent upon service members agreeing to stay in uniform for an additional four years. Those bills guarantee troops a cash payment of at least 2.5 times their monthly basic pay, and the services could increase that for troops in high-demand career fields.

The Pentagon’s proposal, however, would eliminate that guaranteed minimum payment for troops and seeks more flexibility for the services to determine when and how much continuation pay to offer individual troops.

The Pentagon’s “continuation pay” proposal would look similar to the current system of retention bonuses. But the continuation pay would result in more and higher cash payments going to midcareer troops, said Anthony Kurta, the deputy assistant secretary of defense for military personnel policy.

“This is the cost of doing business under a blended retirement system,” Kurta said in an interview.

“As soon as you reduce [the fixed-benefit pension] particularly in those middle years, the eight to 16 years, you are going to lose retention because the pull to 20 [years] from that retirement is less,” he said.

The push to reform military retirement got a boost in January after the Military Compensation and Retirement Modernization Commission completed its two-year study and sent a slate of detailed recommendations to Congress.

For months, the Pentagon avoided taking a position on the proposals and allowed lawmakers to begin crafting legislation. Both the House and the Senate included many elements of the commission’s recommendations in their current bills.

Now the Defense Department’s recommendations, approved by the top officers from each service, are likely to influence Congress as it works toward a final, single compromise version to send to President Obama.

The military’s recommendations include:

•Shrinking the size of the current pension by 20 percent

•Allowing troops to opt out of that 3 percent voluntary contribution of basic pay only after completing financial literacy training at their first duty station.

•Allowing the TSP to “vest” and be legally transferred to individual service members after two years of service.

• Allowing the individual military services to offer “continuation pay” to boost retention in specific career fields for troops with between eight and 16 years of service.

•Allowing government contributions to TPS accounts to continue for the duration of service. (Initial proposals called for stopping those payments after 20 years of service.)

The result would provide government funding up to 6 percent of basic pay for those troops who agree to contribute up to 5 percent of their own pay.

A grandfather clause will give current service members a choice.

The Pentagon recommends a new retirement system taking effect in January 2018 and giving current troops at that time two years to decide whether to opt into the new system and begin accruing money in a TSP or to exercise the grandfather clause and remain under the current system.

Defense officials say the proposed plan does not amount to an overall reduction in the benefit.

“One of the joint chiefs’ requirements was that whatever blended plan we came up with, it has to preserve a nearly equivalent lifetime benefit,” Junor said.

The value of the government benefit will depend on the extent troops contribute their own out-of-pocket cash.

“If you completely opt out and never get anything more than 1 percent, obviously you will be worse off than the current plan,” Junor said.

“But even if you hold tight at 3 percent, you will be about the same [as the current system] over your lifetime,” she said. “For those who are financially savvy and contribute 5 percent, they will do a lot better than the current system.”

Adopting a new system will probably save some money for taxpayers, but how much remains unclear. The initial projection is that adoption of the Pentagon’s proposed system would save less than $1 billion each year initially and about $1.2 billion annually in the long run.

The Defense Department projects it will have to pay out matching TSP contributions equal to about 4 percent of total basic pay, but that will depend on the decisions made by millions of service members.

“The likelihood is that it will save us money, but we can’t really forecast with great accuracy how much because of the labor market variable, because of the opt-in rates in the short run,” Junor said.

“We are reasonably sure that it is not going to be an additional bill to the department.”