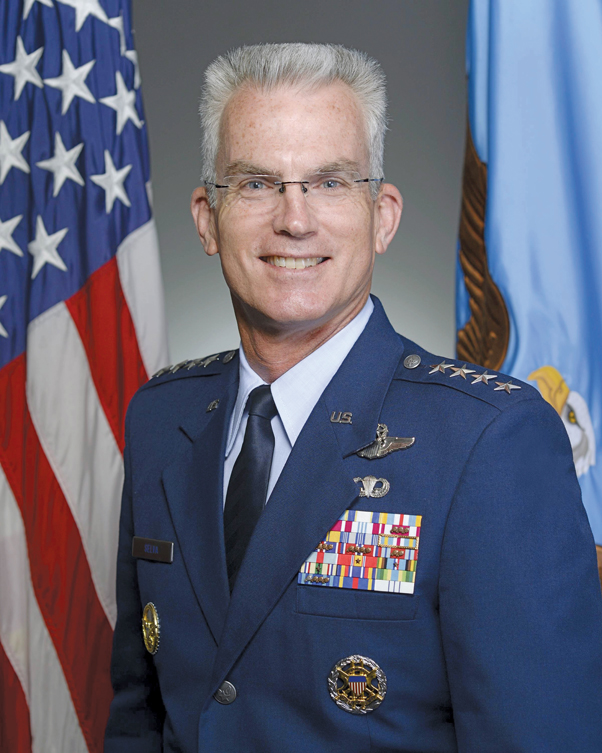 WASHINGTON, Aug. 3, 2015 – The Senate last week confirmed Air Force Gen. Paul J. Selva as the 10th vice chairman of the Joint Chiefs of Staff. The nation’s second-highest-ranking military officer is a pilot and most recently was commander of U.S. Transportation Command at Scott Air Force Base in Illinois.

Carter said both men had proved “their mettle throughout their careers, from Gen. Dunford’s first years as an infantryman to his leadership both in Afghanistan and of the Marine Corps, and from Gen. Selva’s early days as a pilot to his leadership of our military’s Transportation Command.”

The secretary added, “I know that President [Barack] Obama and I, and our nation’s security, will benefit greatly from their sage counsel and strategic perspective gained over years of operational experience.”

Selva is a command pilot with more than 3,100 hours in the C-5, KC-135A and other aircraft. He earned a Bachelor of Science degree in aeronautical engineering in 1980 from the U.S. Air Force Academy and later earned Master of Science degrees in management and human relations and in political science.

From October 2008 to October 2011 he served as assistant to Chairman of the Joint Chiefs of Staff Navy Adm. Mike Mullen.

Selva expressed his gratitude and that of his wife, Ricki. The two met while attending the Air Force Academy, and Ricki also served in the Air Force.

“It is truly humbling to represent the men and women who wear the uniform of our nation and our civilian workforce,” Selva said. “You exemplify the best our country has to offer, and I promise to be a passionate advocate to ensure we remain the best-trained, best-led, best-equipped and most capable military in the world.”