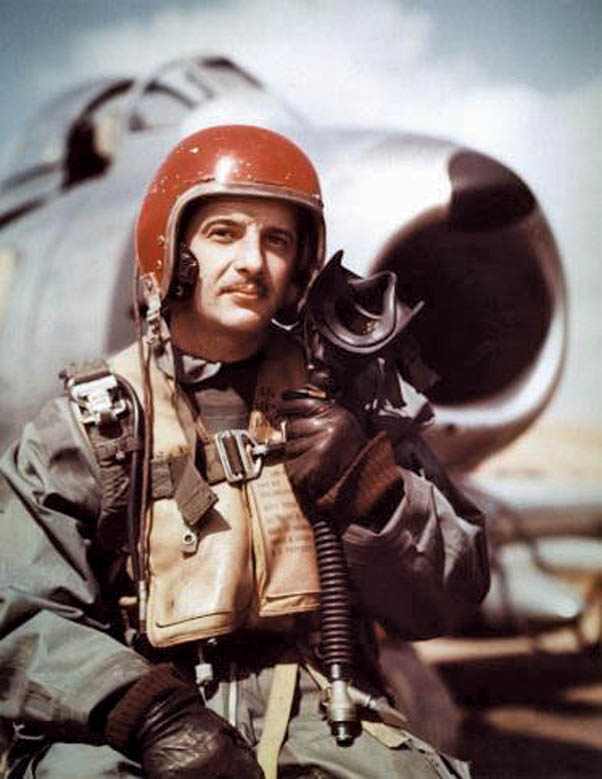 The Beacon recognizes and honors a long and proud heritage through the years. In this issue, the 1940s and 1950s.

– As World War II sets in, many Latinos enlist in the U.S. military— proportionately the largest ethnic group serving in the war.

– Macario García becomes the first Mexican national to receive a U.S. Congressional Medal of Honor, yet is refused service at the Oasis Café near his home in Texas.

– Physicist Luis Walter Alvarez leaves his post at the Massachusetts Institute of Technology to join the Manhattan Project to develop the first atomic bomb. He is responsible for the development of the triggering device used in the first plutonium bomb.

– Ritchie Valens becomes the first Hispanic rock star with his hit recording of Come On, Let’s Go. He also is the first Mexican American rocker to be featured on American Bandstand. Valens is considered the first Latino to successfully cross over into mainstream rock.

– Venezuelan shortstop Luis Aparicio becomes the first Hispanic American in U.S. professional baseball to be named Rookie of the Year.

– Captain Manuel J. Fernandez Jr., flies 125 combat missions during the Korean War. His 14.5 victories place him among the top U.S. Air Force aces of the two world wars and the Korean War combined.

– Biochemist Severo Ochoa becomes the first Hispanic to win a Nobel Prize in physiology for the synthesis of ribonucleic acid (RNA). He shares the prize with former student Arthur Kornberg.

– Henry B. Gonzalez attracts national attention for holding the longest filibuster (36 hours) in the history of the Texas Legislature.  He succeeds in stopping segregation bills aimed at circumventing the U.S. Supreme Court’s decision in the Brown v. Board of Education case.

– The landmark production of West Side Story premieres on Broadway, chronicling the racial tensions of the ‘40s and ‘50s.