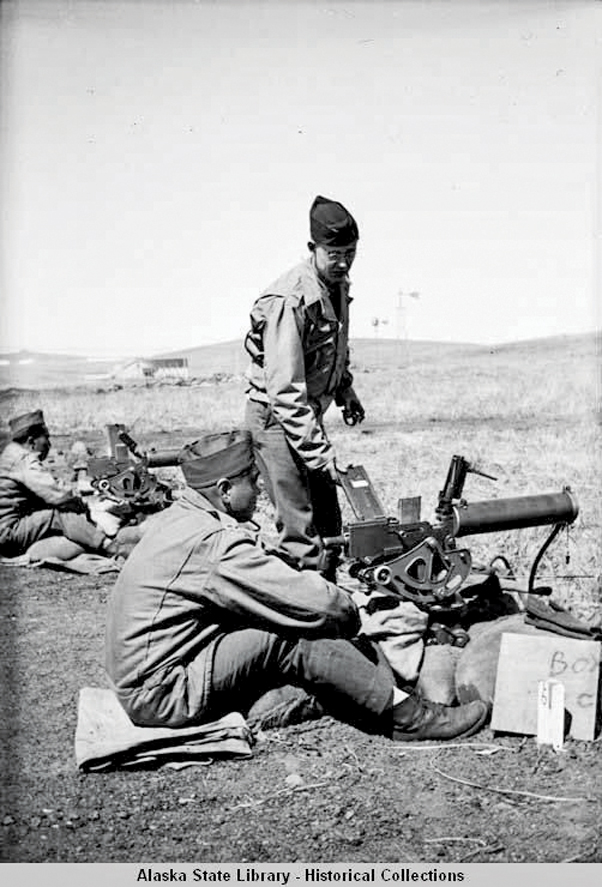 During World War II, more than 44,000 American Indians—out of a total American Indian population of less than 350,000—served with distinction between 1941 and 1945 in both European and Pacific theaters of war.  Collectively, American Indians service members earned at least 71 Air Medals, 51 Silver Stars, 47 Bronze Stars, 34 Distinguished Flying Crosses, and two Congressional Medals of Honor.

Alaska Natives were a significant presence on the Alaska Combat Intelligence Detachment. This outfit was the first ashore on each island occupied by Allied forces in the Aleutian Campaign. They also served in the Alaska Territorial Guard (ATG), a military reserve force component of the U.S. Army. Organized in 1942, 6,368 volunteers—who served without pay—were enrolled from 107 communities throughout Alaska.