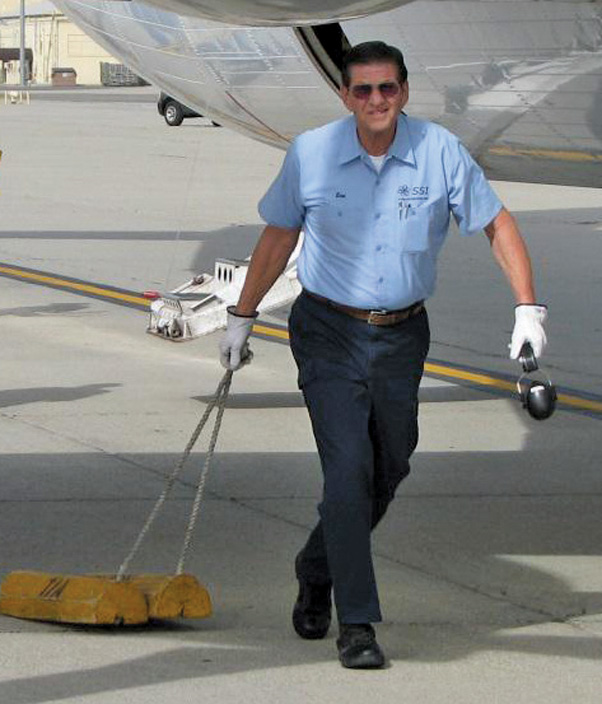 Team March’s Satellite Services Inc. has lost a family member. Ben Parrott, seen here pulling chocks from NASA’s Supper Guppy aircraft, was born on March 3, 1944, in Murphysboro, Illinois. He succumbed to cancer at Riverside Community Hospital on November 24, at the age of 71. Employed at March Field with Transient Alert since his 1983 U.S. Air Force retirement, Parrott’s work as an aircraft technician has been instrumental in the outstanding record that Transient Alert has held since becoming civilian contractors. The majority of Parrott’s Air Force career was spent here, except for short tours at Norton and Edwards Air Force Bases, and a tour in Thailand. Survived by his wife Bonnie, son Brian, grandson Corey, and granddaughters Regi and Kaity, he will be greatly missed by all of his many friends and family.