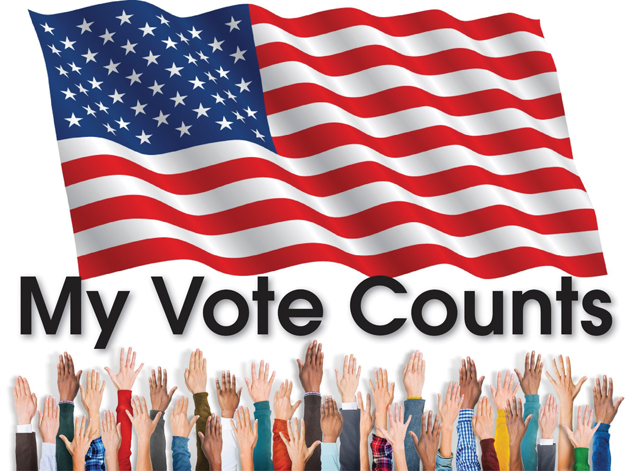 There is a question that is often asked around voting season, “Why should I vote?”

My response is: anyone that has the ability to vote should register to vote.

Recently I had the opportunity to meet with servicemembers and their families and conduct a census at the Exchange, commissary and both dining facilities here. After speaking to them and asking about their awareness of their right to vote I received various responses; however, I was a bit concerned of the following answers:

“I do not have time right now,” a Soldier said. “I am preparing to go into the field for several days, it is going to take too much of my time to register.”

Another Soldier commented, “Why should I register to vote, my vote does not count anyway!”

The most surprising response came from a family member who said, “Even though I am not a registered voter we should not allow everyone the right to vote, just those that understand the process.”

I also began sharing experiences of Soldiers who were truly motivated to register to vote. One in particular was that of a Soldier who had recently become a United States citizen. The Soldier explained how his and his family’s difficult, long journey to come to this country – and become U.S. citizens – encouraged him to vote; he also expressed that most U.S. citizens truly do not understand their freedoms and take their civil liberties for granted by not voting. After sharing the Soldier’s testament, it gave some people a different perspective on the importance of and reasons for voting.

As the installation voter assistance officer, I am non-partisan and encourage you to at least register to vote – even if you have not decided to vote in this year’s presidential election on Nov. 8. It is simple and easy to register by going to www.fvap.gov. The Web site explains and breaks down how to register to vote in each state.

In accordance with Army Regulation 608-20, Army Voting Assistance Program, each unit has appointed a unit voting assistance officer (UVAO) who can assist servicemembers and their families with questions and concerns they may have about the registration process.

As a result of each state having varying timelines to register to vote, it is important that servicemembers and their families consult with an UVAO, or me, as soon as possible.