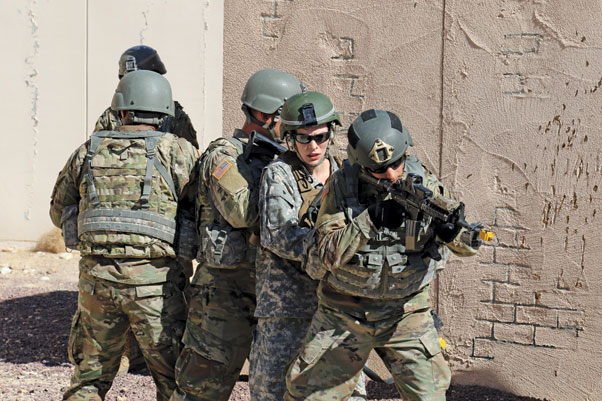 Soldiers from the 11th Armored Cavalry Regiment teach Hollywood Actress and Supermodel Milla Jovovich the proper techniques for clearing a room of insurgent fighters in the training village of Razish at the National Training Center and Fort Irwin.

Jovovich visited Fort Irwin as part of her preparations for her role in the upcoming feature film, “Monster Hunter.” She visited with Soldiers, family members and community members to learn a little about what Army life is really like. “Monster Hunter,” based on the video game of the same name, begins filming in South Africa later this month. Jovovich portrays a U.S.  Army Ranger in the film.