Hundreds came out Nov. 30 as  the Fort Irwin desert valley was transformed into a winter wonderland, complete with white snowflakes, ice skating, Christmas carols, hot chocolate and, of course, Santa Claus lighting the Christmas Tree in the Town Center. 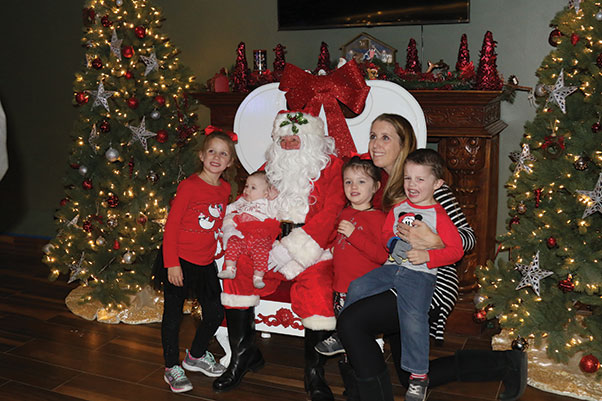 Families waited in long lines for a chance to sit on Santa’s lap and take photos.

They brought in two ice skating rinks this year—one just for the younger children and it was complete with snow-making machines that had children (and adults) trying to chase and taste the “snow.” 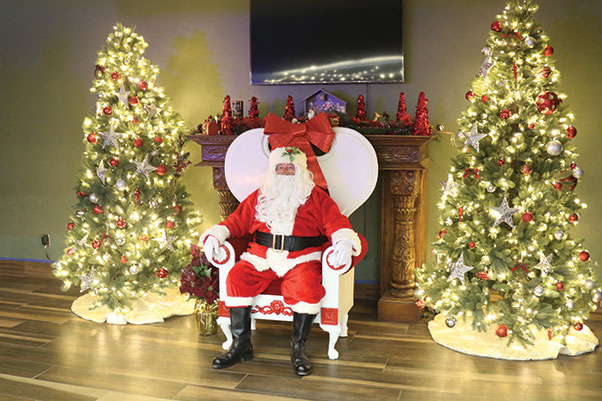 Santa waiting for guests to come take photos with him at Samuel Adams Brewhouse.

The Fort Irwin Middle School choir helped usher in the tree-lighting ceremony, as Santa and Commanding General Jeff Broadwater excited anxious guests, coming down a decorated aisle, ahead of the tree lighting. Garrison Commander, Col. Seth Krummrich and Command Sgt. Maj. Robert Edwards, along with post chaplain Lt. Col. Ric Brown joined Broadwater and Santa, as they welcomed dozens of children up to push the magic trigger button and turn on the tree lights, which happened right at 5:30p.m. 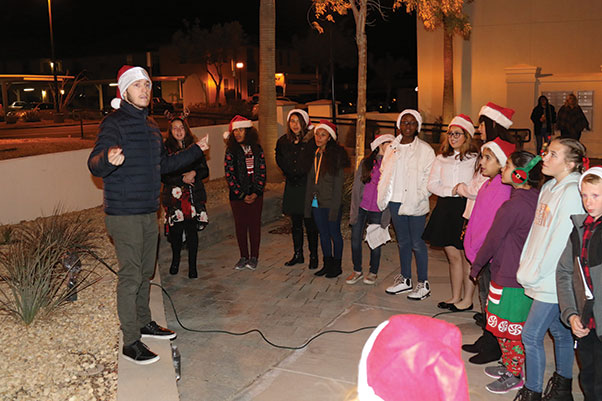 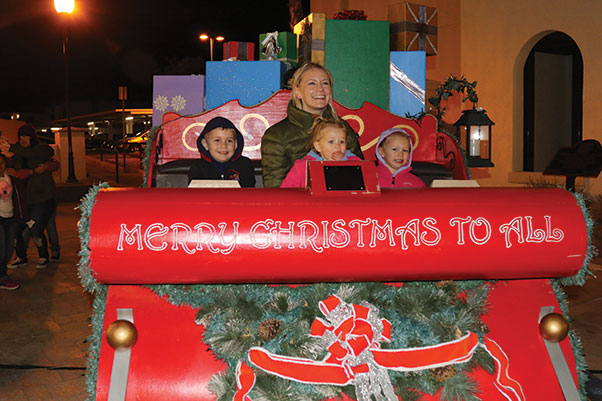 Families took photos in Santa’s sleigh, next to the Town Center Holiday Tree.

Staff Sgt. Sean Kruelskie and his son, Aeden, said they enjoyed the event and, although they did a lot of ice skating, they came out with one goal in mind.

“Just for Santa, he’s excited about Santa,” Kruelskie said about his son.

Jessica Byrum and daughter, Autumn, didn’t get a chance to ice skate but they were among those who waited for pictures with Santa in the long line, which stretched from the farthest side of the rear of Samuel Adams, looping around and out of the entrance doors. 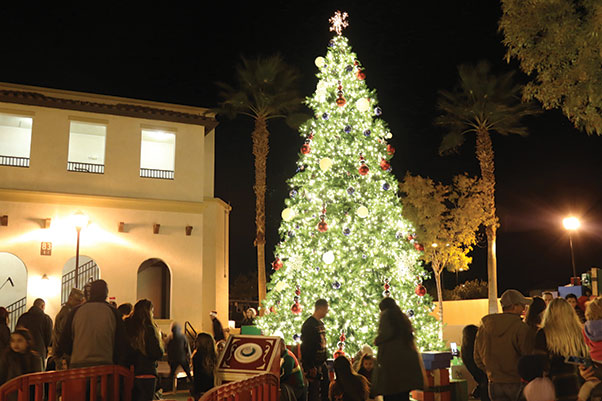 Holiday Tree all lit up in the Town Center.

She said they loved the hot cocoa bar and the free head bands, along with the train rides and snowflakes.

“She was trying to catch the snowflakes, so yes, it was awesome!” Byrum said about her three-year-old daughter.

The Holiday Market event also featured a chance to win a $30 gift card every 30 minutes. 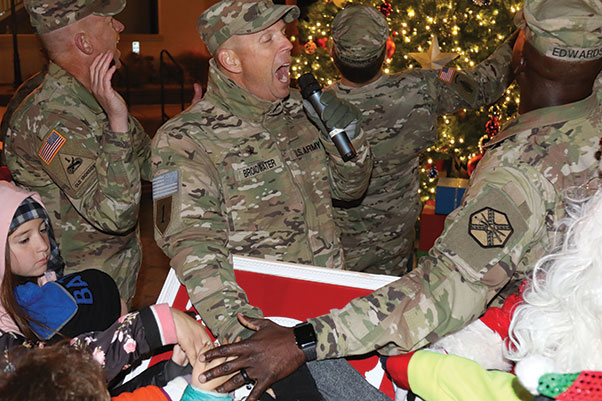 Dozens of kids help Commanding General Broadwater and Santa light up the Holiday Tree in the Town Center.