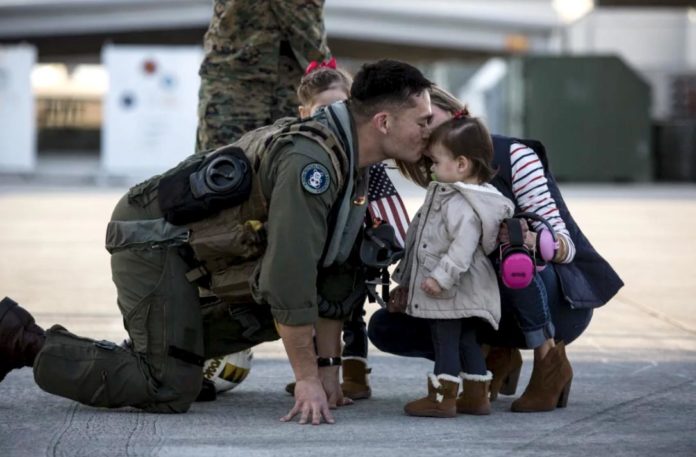 The Pentagon is delaying implementation of a new restriction that limits which service members can transfer their Post-9/11 GI Bill benefits to their spouses or children, according to a letter from the Pentagon to a member of Congress.

Rep. Joe Courtney, D-Connecticut, has pressed the Pentagon to drop the change altogether. Last month, he introduced an amendment to the House defense policy bill that, if it becomes law, would prevent the Secretary of Defense from implementing the change.

With that bill under still under consideration, Courtney sent a letter to Acting Defense Secretary Mark Esper June 25 asking him for a delay in implementing the policy. The Pentagon responded July 3, saying the department has put the change off until next year.

Courtney said he believes his letter “sent a strong message” that DoD give Congress time to decide the outcome of the bill.

“This is a welcome decision by the department to slow down implementation of a policy that will unfairly affect some of our most seasoned service members,” Courtney said July 5 in a release.

Currently, troops who serve a minimum of six years and commit to serving another four years can transfer their education benefits to dependents.

Those who agree to four additional years but who are unable to complete them because of injury or a medical discharge, or receive a waiver, can also keep their transfer benefits.

The new policy is designed to bolster retention, Pentagon officials said when it was announced in 2018.

They have maintained that the transfer benefit is a retention tool, not an automatic benefit.

“Transferability is neither an entitlement nor a transition or readjustment benefit,” notes the policy. “The military departments will not automatically approve a service member’s request to elect to transfer benefits.”

“This change continues to allow career service members that earned this benefit to share it with their family members while they continue to serve,” said Stephanie Miller, director of accessions policy in the Office of the Secretary of Defense, at the time of the announcement.

Whether Courtney’s proposed amendment to completely abolish the pending regulation will make it into law remains to be seen. The House of Representatives is set to vote on its version of the fiscal 2020 National Defense Authorization Act this week. The bill will then need to be reconciled with the Senate’s version before it can become law.