FORT IRWIN, Calif. — The Directorate of Emergency Services (DES) hosted the first annual Emergency Services Week from Sept. 23–27. The week combined traditional Military Police Regimental Week activities, with all DES partners in many team-building events where the DES was able to bring together all the divisions and families of the DES, to include the Fort Irwin Criminal Investigation Detachment (CID).

Emergency Services week started on the Sept. 23, with a visit to the Barstow Veterans Home. Upon arrival to the Veterans home, the team was greeted by the Veterans and staff, where they proudly presented awards to prior Military Police from Army, Navy, and Air Force. Following the ceremony, they were given the opportunity to interact with their brothers and sisters in arms that came before them, sharing their memories from their time in service as they hand off hard earned experience and knowledge.

On Set. 24, the Fire Department hosted a relay race, which ran all contestants through an obstacle course with various firefighting tasks, including a hose drag, litter carry, and burn house obstacle run. The CID office successfully managed to take the win, making their presence known in the Fire Department’s challenging array of trials.

The DES resurrected the Order of the Crossed Pistols induction, an honorary way to include spouses into the lives of their DES spouses, securing their place as part of the team. In the late morning of Sept. 25, multiple spouses of DES members donned fire fighter equipment, performed a bucket brigade relay, and used the Jaws of Life to cut metal. The spouses then got to see the police side of life by utilizing baton strikes to take down an enemy combatant. This was portrayed voluntarily by their willing spouse of course, then restraining them in handcuffs. 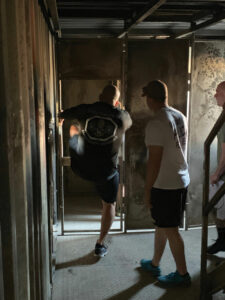 Sept. 25 started bright and early with a costumed dodgeball tournament for the divisions to compete in for some friendly competition where all participants dodged, ducked, dipped, and dived their way to glory. To end the competitions and decide the victor of the Emergency Services week, there was a bowling tournament where the Physical Security/Security Guards took the victory lap. As with all traditions, each competition awarded scores for the overall DES Cup, which was won by the Police department, cementing their place eternally in the annals of time.

The week of competitions was concluded Sept. 26 with the 78th birthday of the Military Police Corps and the first-ever Fort Irwin Emergency Services Ball— a night full of time-honored traditions and grand comradery, which included all elements of Fort Irwin’s First Responders.

During the ball, there was a recognition given to those spouses who stepped up to the challenge of becoming members of the Order of the Crossed Pistols. The DES Director and Sgt. Maj. had the distinct honor of presenting one spouse with The Order of the Vivandieres for voluntarily making significant contributions to the morale, welfare and spirit of Soldiers and family members of the Regiment. The commander of HHC, U.S. Garrison and the DES Sgt. Maj. then had the distinct honor presenting the Director of DES with the Order of the Marechaussee in recognition of his exceptional dedication, competence, and contribution to the Military Police Corps Regiment. The award is one of the highest honors bestowed upon a military policeman in the Military Police Regimental Association. It is named after the Marechaussee Corps, formed in 1778 at Valley Forge by Gen. George Washington to police the Army and secure fugitives. 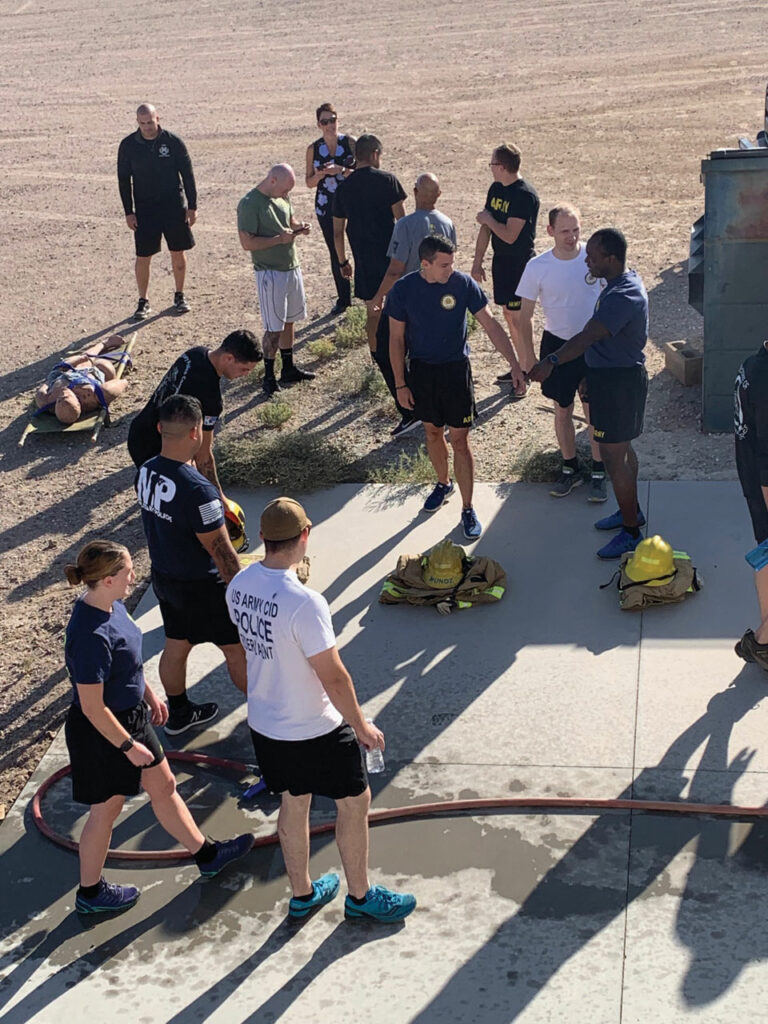 For the bravest and boldest, a motorcycle ride to Big Bear closed out the week, challenging riders with all sorts of tight turns, difficult terrain, and tough maneuvers.