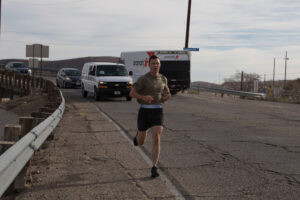 BARSTOW/FORT IRWIN, Calif. — It was a cold December morning when the 2nd Annual 11th Armored Cavalry Regiment’s Commander’s Cup began. The day started with the Army Combat Fitness Test with having two teams from each Squadron participate. It continued with a Murphy challenge and obstacle course. Upon completion of the morning events, 2nd Squadron was in the lead, followed by 1st Squadron, then Regimental Support Squadron. The Commander’s Cup was an event put in place in 2018 by Col. Scott Woodward, the 68th Colonel of the Regiment, in order to build esprit de corps in a competitive setting. This year’s events were those mentioned above, a triathlon, flag football, softball, basketball, soccer, combatives, and the annual Long Walk. All events, minus the Long Walk, took place on the Dec. 11 in Fort Irwin. The day wrapped up with the combatives event which had a lightweight, middleweight, and heavyweight winner. Going into the second day 1st Squadron led, followed by 2nd Squadron, then Regimental Support Squadron in 3rd place.

On the morning of Dec. 12, members from the Squadron’s three, five, and ten-man teams 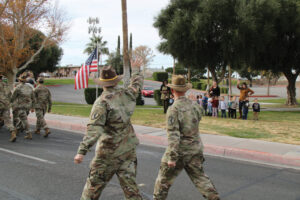 stood at the start line ready to begin the 38-mile relay race to the Historical Harvey House Barstow train station. This was the start of the 23rd Annual Long Walk from Fort Irwin, California, to the California Veterans Home — Barstow. The Long Walk commemorates the campaigns the 11th ACR has fought in since its establishment in 1901 and ends with a luncheon with the residents of the Barstow Veterans Home. The run from Fort Irwin to the Barstow Train station is an up and down hill Fort Irwin road through the desert landscape of southern California. From the Barstow Train Station, the Regiment got into formation and marched the remaining 3.5 miles through Barstow to the California Veterans Home-Barstow. The formation was led by 68th Colonel of the Regiment, Col. Scott Woodward and 23rd Command Sergeant Major of the Regiment Cmd. Sgt. Maj. Anthony Walker, followed by our mounted Color Guard then, 1st, 2nd and Regimental Support Squadron. 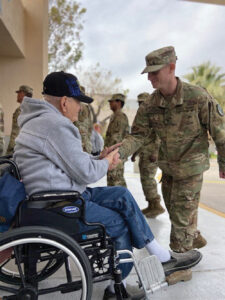 Upon arriving at the Veterans Home, Woodward gave a few brief remarks addressing the troopers, then the formation moved inside to share a meal and swap stories with the Veterans. Once the meal began, there was a small ceremony recognizing a handful of soldiers for outstanding performance during the march and a gift was presented from the Regimental Command Team to the California Veterans Home representatives. Upon completion of the luncheon, the Regiment returned to Fort Irwin, Calif. to tally scores and prepare for the presentation ceremony the following day. On the morning of Dec. 12, 1st Squadron, 11th ACR was awarded the trophy for first place in the 2nd annual Commander’s Cup taking the trophy from the 2018 victors of 2nd Squadron, 11th ACR. The Regimental Command Team then spoke to the Troopers, thanking them for their hard work over the past six months and wished them the best during the Holiday block leave period, giving them time to rest and recuperate before another busy year. 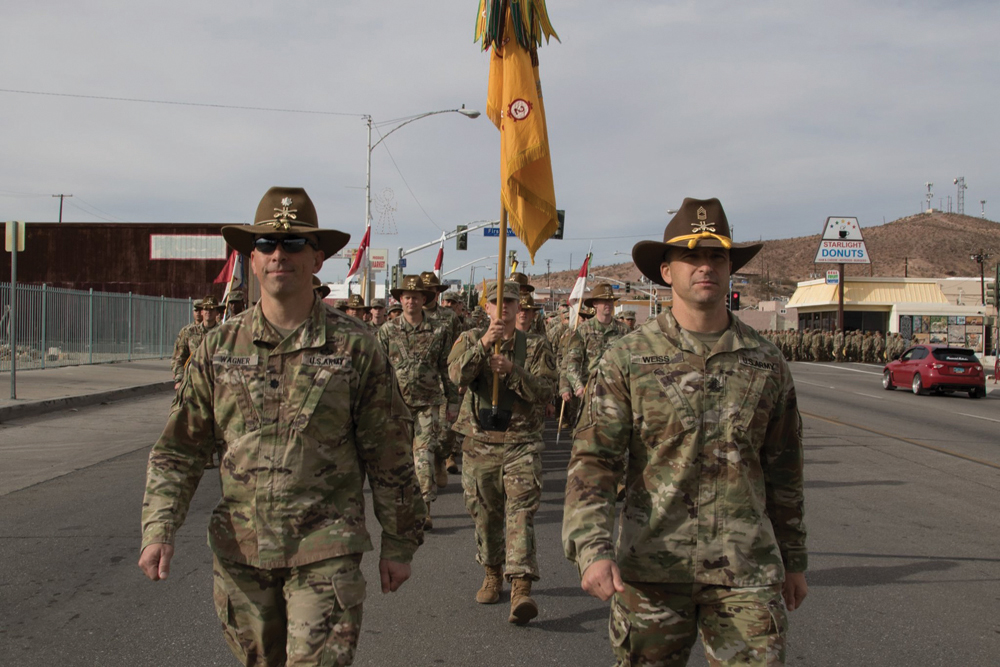 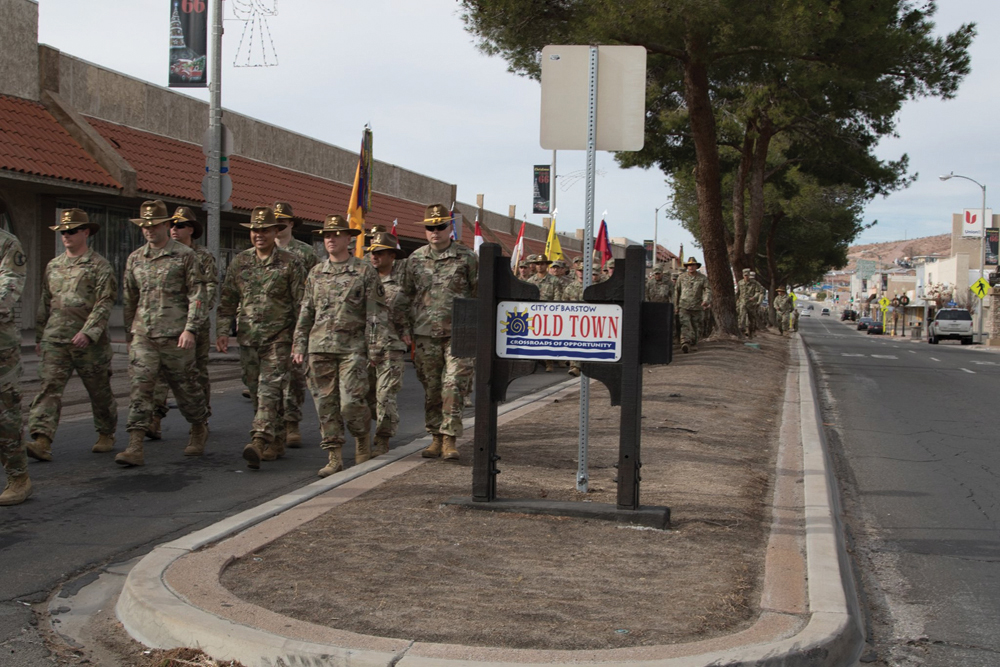 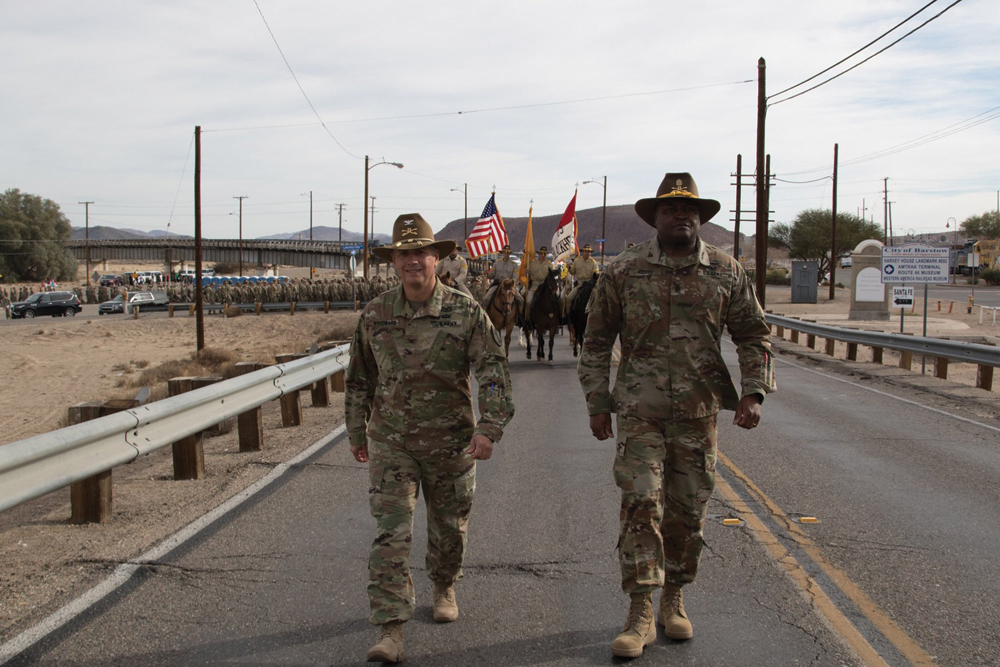 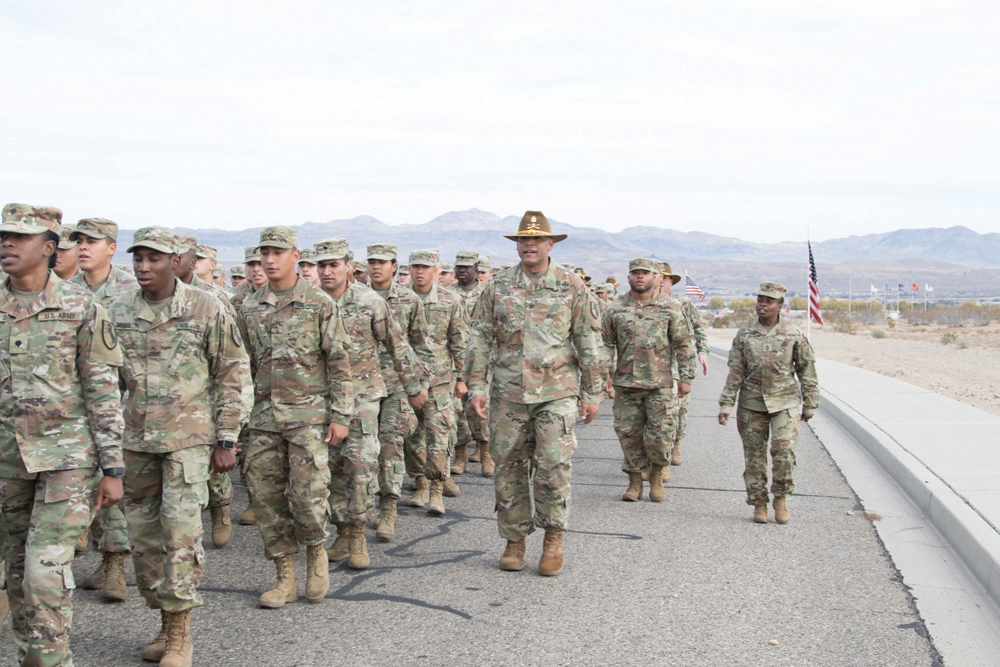 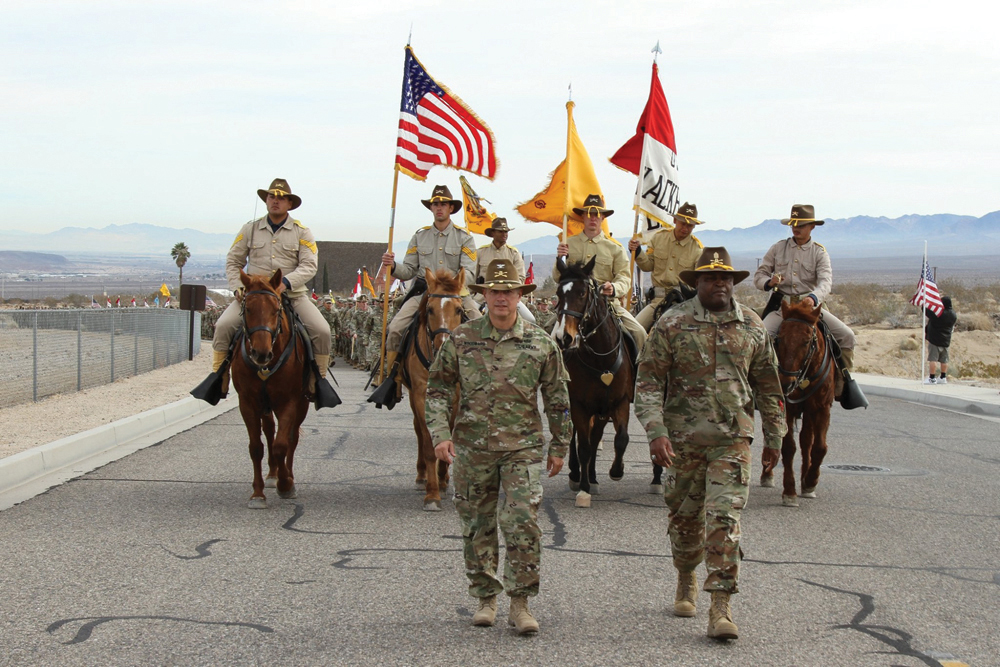 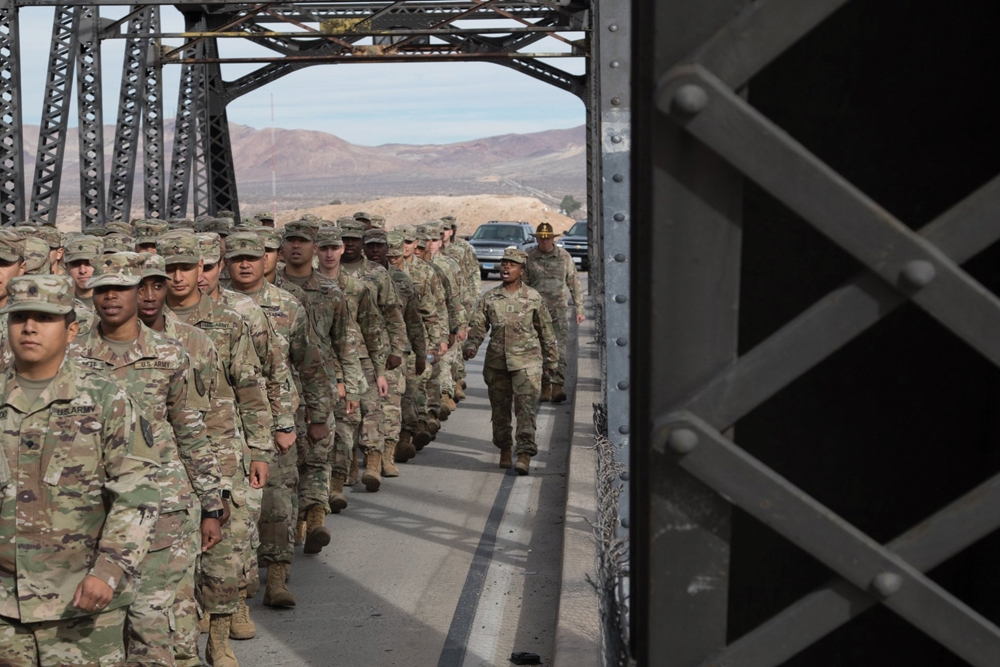