CAMP RIPLEY, Minnesota — More than 2,000 pieces of military equipment and vehicles were being loaded onto rail cars at the Camp Ripley Training Center in Minnesota and heading west in preparation for an upcoming training exercise for the 1st Armored Brigade Combat Team, 34th Infantry Division.

Soldiers from the 1/34th ABCT, all from the upper Midwest, are moving their equipment to Fort Irwin, Calif., to conduct a training rotation at the National Training Center. NTC is a key element in preparing the Brigade Combat Team for their upcoming deployment. In order for the units to operate to their fullest, they need all of the essential equipment and vehicles. 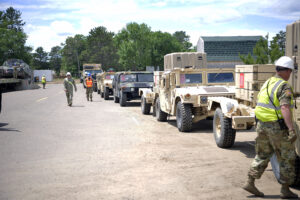 “They are bringing all of the essentials or what they will not have access too from tanks and Bradleys to specialized, signaling equipment, down to traditional Humvees and trucks,” said 1st Lt. Gregory Trunk, the Officer in Charge for NTC Rail Operations.

These massive railroad movements are nothing new to Camp Ripley and the Minnesota National Guard. After having five major rail movements under their belt, each operation keeps getting better and better. It does however require a great deal of time, effort, and collaboration to execute safely and efficiently. It also requires a large amount of manpower to run the entire process. This year, there are more hands on deck with previous experience loading and unloading equipment onto rail cars. The combination of these two has resulted in a smoother, faster, and more effective rail operation.

Capt. Kevin Snow, the Rail Operations Safety Officer commented that, “Most of the team which includes, Guardsmen, civilian contractors, and military personnel, were here last year working the operations. With everyone having an idea of how things are run, it has gone much smoother. We are on track with a train per day.” 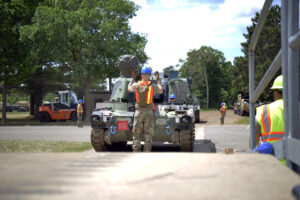 The rail operations have had plenty of challenges with Guardsmen being activated for state active duty, in response to riots in Minneapolis, Minn., and the COVID-19 outbreak. All of the soldiers going to NTC, had to report early for rails to be tested beforehand than quarantined on base until they leave for Fort Irwin in July. If any of the tests come back positive, the soldier will be treated and separated. They will be tested again 5 days prior to leaving. During the operation in direct response to the COVID-19 mitigation, face masks will be used when needed, social distancing will be encouraged, and anyone who shows symptoms will be quarantined. Even with the possible setbacks, the team has done a phenomenal job completing the inspections and loading the rail cars in time.

“Coming off state duty to refit and reset everything has been a monumental challenge, especially with the combination of COVID-19 and state active duty. We were able to pull it off with more people on board and refining train inspections. There was a lot of extra time put in to ensure units are prepared to go,” said Trunk. 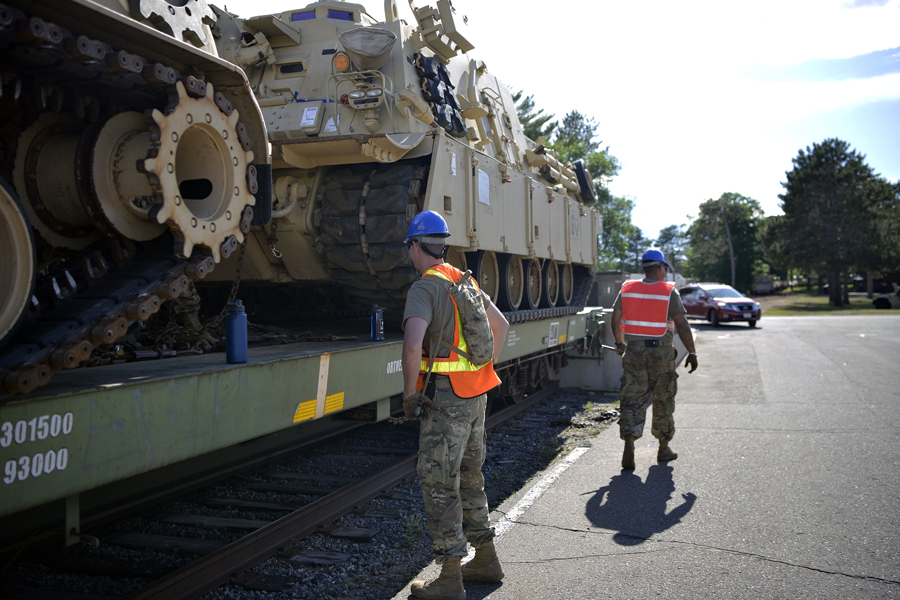 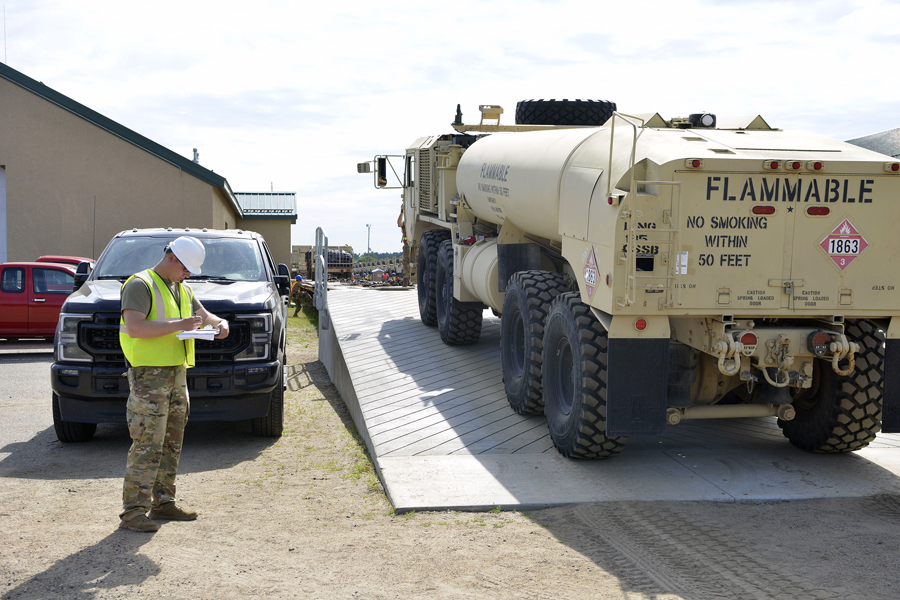 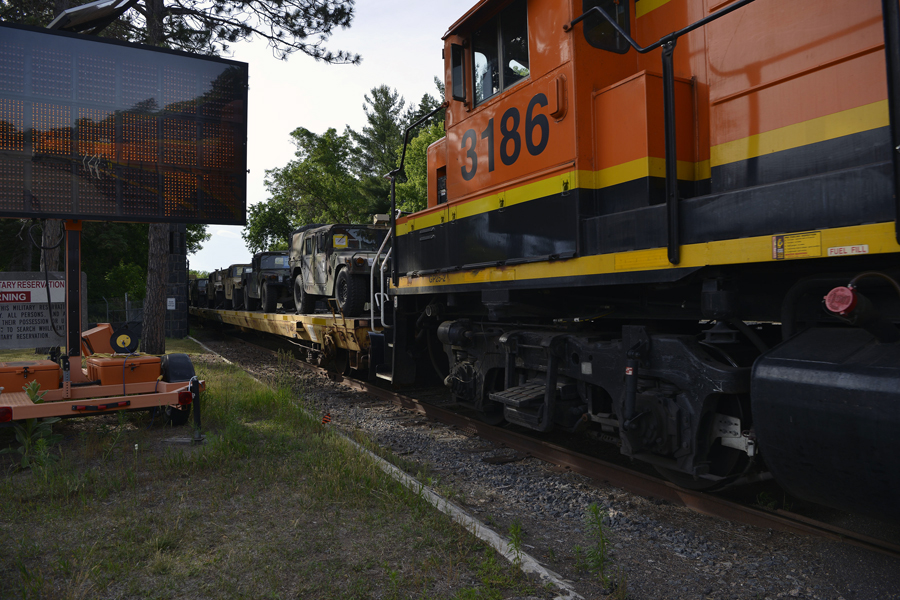 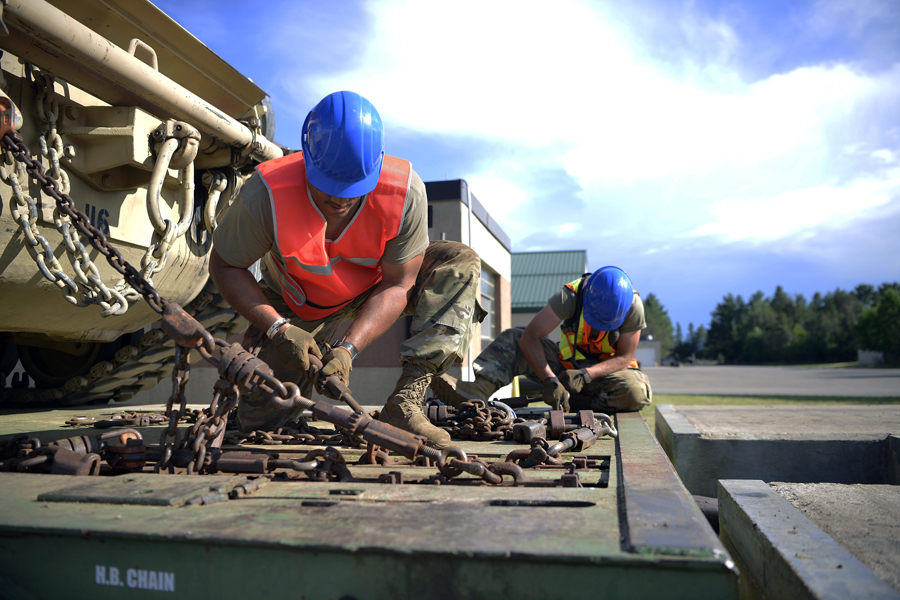 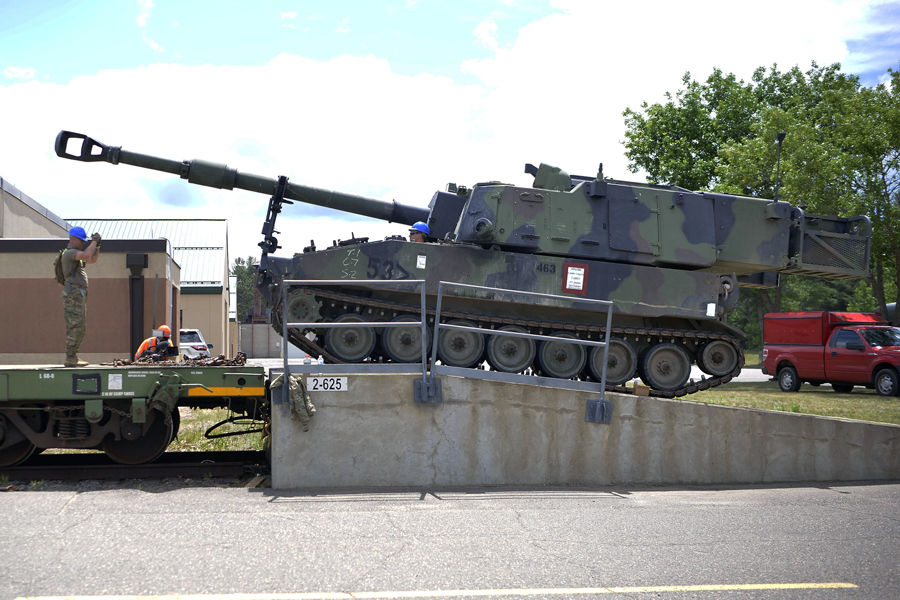