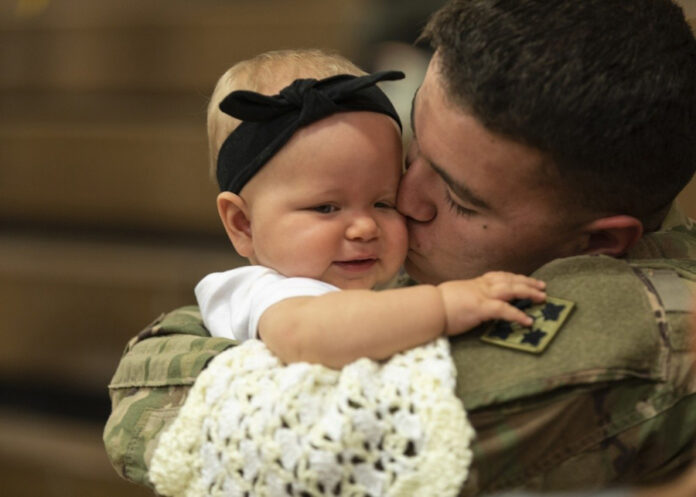 The June 3, 2020, revision of Army Regulation 600-8-10, which covers leaves and passes, is part of the largest update to Army military leave policy in more than a decade, said Larry Lock, chief of Compensation and Entitlements for the Army’s G-1 office.

“The new regulation encompasses recent changes in leave and passes, rearranges the sections to make it more user friendly, clarifies policy, and covers the new leave forms,” he said. “It also aligns the terminology more closely with” Defense Department Instruction 1327.06, or Leave and Liberty Policy and Procedures.

The result is a regulation that is more comprehensive and will reduce confusion, especially for Soldiers working in joint environments, he said.

The DOD Instruction covers leave and liberty procedures and sets a blueprint so the Army can be uniform with the other military services. Based on input from Soldiers, the Army took the opportunity to improve the Department of Army Form 31, or Request and Authority for Leave, and the DA Form 4179, or Leave Log.

“We’re an all-volunteer force since 1973, and to sustain our force we want to take care of our people,” Lock said. “One way to do that is to streamline the process for requesting leave, and enhance morale by encouraging Soldiers to take time off.”

Last updated in 1993, the time to update the leave form had come, he said, especially with so many changes to the regulation.

“To be a more usable form given changes in the types of leave, the Army updated the DA Form 31 to make sure commanders and Soldiers clearly understand what type of leave was chargeable and what type was non-chargeable,” Lock said. “Soldiers, Army leaders and commanders need to keep track of leave, for personnel reasons and for audit purposes.”

In other words, depending on the types of absence Soldiers request, they can now more clearly distinguish it as chargeable or non-chargeable on the leave form. Soldier feedback resulted in larger Leave Address, Remarks and Organizational Address fields. While it is not required by regulation, Soldiers can now enter three or more addresses where they expect to stay while on leave.

“We now have an improved process, and that has improved the DA Form 31,” Lock said.

The DA Form 4179, Leave Log, was also updated to help personnelists track the absences requested, approved or disapproved for Soldiers in their organizations.

Both the new DA Form 31 and the new DA Form 4179 are available on the Army Publishing Division website. All Soldiers are encouraged to always download the latest versions of the forms as improvements will continue to be made.

While new parents have been able to take advantage of the military parental leave policy, or MPLP, since last year. The revised AR 600-8-10 includes the MPLP, and further explains the policy. The leave policy associated with childbirth can be somewhat confusing, and the revised regulation helps Soldiers navigate through the different leaves, Lock said.

The primary caregiver, as designated by the Soldier, is authorized 42 days of non-chargeable primary caregiver leave that must be taken within 12 months of qualifying birth events, but it does not all have to be taken in a continuous block.

The secondary caregiver is authorized 21 days of non-chargeable secondary caregiver leave, which also needs to be used within 12 months of the qualifying birth and is not required to be taken in a continuous block. The regulation has full details and covers exceptions to the normal leaves.

Much of the MPLP was already in place and has not changed since last year’s policy, Lock said.

The Army is striving to help troops better understand their benefits, especially the young Soldiers who make up the majority of new Army parents, he added.

Previously, a parental leave of only 10 non-chargeable days was available for non-birthparents, and had to be used within 45 days after the birth. Now, secondary caregivers leave is a very significant leave change in support of family quality of life.

Soldiers may request a non-chargeable absence to assist at major events for Boy Scouts, Girl Scouts, and similar groups. This was previously authorized by AR 600-8-10, but it now falls under an umbrella category that supports participants in competitive sporting and other events.

“The military is pretty arduous duty. Soldiers earn 30 days of paid leave per year, beginning with their first year on the job. No other American industry out there comes close to that,” Lock said. He suggests that all Soldiers should often check their leave balance.

“Every month Soldiers have the personal responsibility to verify the accuracy of their leave and earnings statements, which shows their balance, the amount of leave they used during the current fiscal year, and the number of leave days they will lose if they don’t take it before the end of the fiscal year,” he said.

For eligible Soldiers, the Remarks section, beginning on Oct. 31 will state the maximum leave they can carry over at the end of the fiscal year, and when the ability to carry more than 60 days will expire. This should be checked every month, because leave usage affects the carry-over amount. Soldiers should not rely on Special Leave Accrual, which is restricted to a very limited number of cases and review at the Department of the Army level.

One of the biggest leave problems, Lock said, is getting Soldiers to take their leave.

“Soldiers are very dedicated to their jobs, to the point that they are reluctant to take leave,” he said. “It is good to know that they are really dedicated, but they also need to make their own well-being and their Families a priority. This will contribute to improved performance and increased motivation when back at work.

“At the end of the day, it’s up to Soldiers to track their leave,” he added. “It is a commander’s role to grant time off, when possible, but it is still the responsibility of every Soldier to manage their own leave.”

Commanders are responsible for having an effective annual leave program that provides Soldiers with the opportunity to take leave, to include an extended leave, during the year, operational requirements permitting.