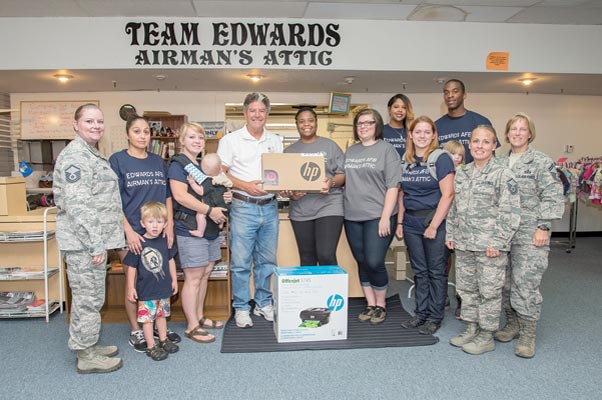 Base volunteers at the Airman’s Attic meet with John Fergione (center), former test pilot and president of the Edwards AFB Civilian-Military Support Group. He dropped by June 25 to present some donations on behalf of Civ-Mil. The organization donated a laptop computer and a printer to the Airman’s Attic. The Edwards AFB Civilian-Military Support Group exists to create a friendly association between civic leaders and military personnel at Edwards. Civ-Mil acts as a host group when needed and finds annual service projects to improve the general quality of life on base for Airmen.