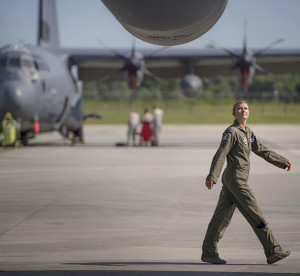 After an above-the-knee amputation, one HC-130J pilot solidified her place in history as the sixth amputee and the first-female amputee to return to the cockpit July 22, 2016, at Moody Air Force Base Ga.

“In this day in age it’s nice to be able to show girls out there everywhere that you’re capable of anything if you put your mind to it,” said Wise. “I am the first female, which is funny because I don’t ever think of myself as a female pilot, but as a pilot. I’m not the first in any way but I’m the sixth.”

“For me, I never even considered not getting back to flying,” Wise added. “I was going to do whatever it took to get back to flying because this is my job and this is what I love.”

What started out as a weekend of fun with friends, turned into a moment in time that would take Wise out of the cockpit. On April 11, 2015, Wise was paddle boarding in a cove behind a friend’s house when a boat swerved into her path.

While the events that followed appeared to move in slow motion, within three minutes Wise was rescued by nearby boaters and rushed to a nearby hospital. That same night, Wise was given the prognosis that she was an above-the-knee amputee.

Wise began mentally preparing herself for the demands of the road ahead, but credits other amputees and fellow Airmen for their continuous support.

“I’ve had amazing support from the base, Air Force and then also other amputees,” said Wise. “They were always supporting me and talking to me all along and that made everything so much easier.” 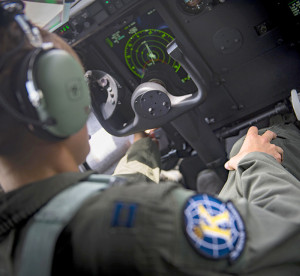 Capt. Christy Wise, 71st Rescue Squadron pilot, adjusts her prosthetic leg prior to taxiing in an HC-130J Combat King II, July 22, 2016, at Moody Air Force Base, Ga. Wise is the first female to return to the pilot seat following an amputation.

“Everything is different now,” Wise added. “Even just walking around the squadron, practice egressing, running, and returning to full duty days as an amputee, everything is more exhausting. But I learned to walk, then run, [and now] fly and all of that was a part of the process.”

“Wise’s positive attitude and drive never ceases to amaze me,” said Col. Thomas Dorl, 347th Rescue Group commander. “It is no surprise that she is back in the cockpit. Her ability to overcome anything in the face of adversity, stay positive and motivated, all the while, continuing to get back in the cockpit, is a true testament to her resiliency.”

The road back to the pilot seat was filled with bumps and hurdles, but Wise proclaims she knew it would pay off in the end.

“I knew this day was going to come, I just didn’t know when or how soon,” said Wise. “One of the biggest hurdles to getting back here was passing my physical fitness test. That was the hardest thing I’ve done yet because running as an above-the-knee amputee is so difficult.”

In February, Wise’s drive and determination was tested but she passed what she says was one of the biggest hurdles, scoring an excellent on her fitness test. 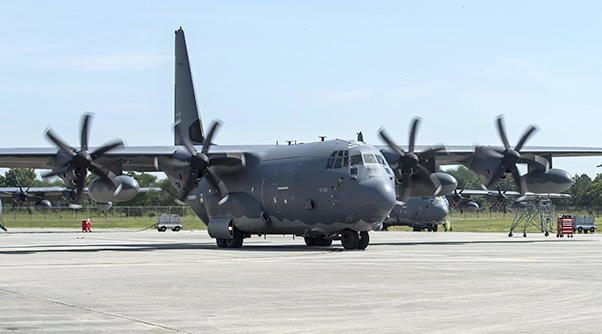 “I am incredibly proud of Christy and am honored to call her a member of the rescue group,” said Dorl. “Captain Wise’s drive and determination is an inspiration and an encouragement to others to never give up, no matter what life throws your way.”

Wise wants people to know that when faced with adversity, surrounding yourself with supportive people is the key to overcoming any situation.

“One amputee in my rehab center said something to me I’ll never forget,” said Wise. “He said, ‘don’t for one second long for who you were, but recklessly pursue who you can become.’ That doesn’t have to be a leg, it could be a better job, an old boss or anything you had in the past longing for it doesn’t help. We can learn from the past but we can’t get it back.”