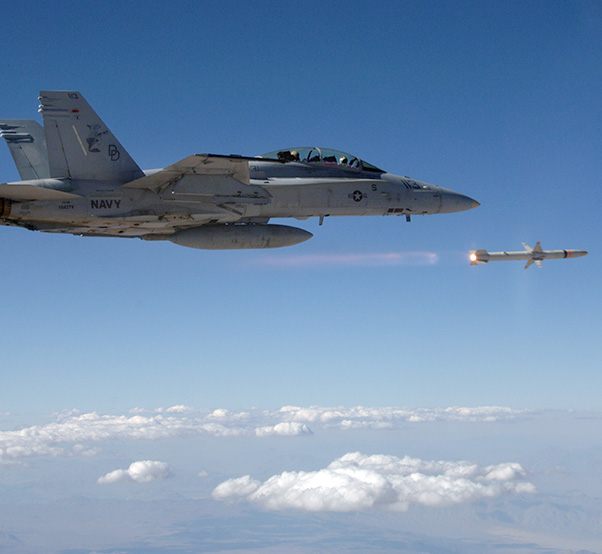 An F/A-18 E/F launches a Block I Advanced Anti-Radiation Guided Missile (AARGM)  during test firings over the Point Mugu Sea Range in August 2015.  AARGM completed the first phase of Block 1 integrated test in September after demonstrating the missile’s effectiveness against a land based air defense unit target in an operationally relevant environment. The second phase of testing is scheduled to begin this fall. 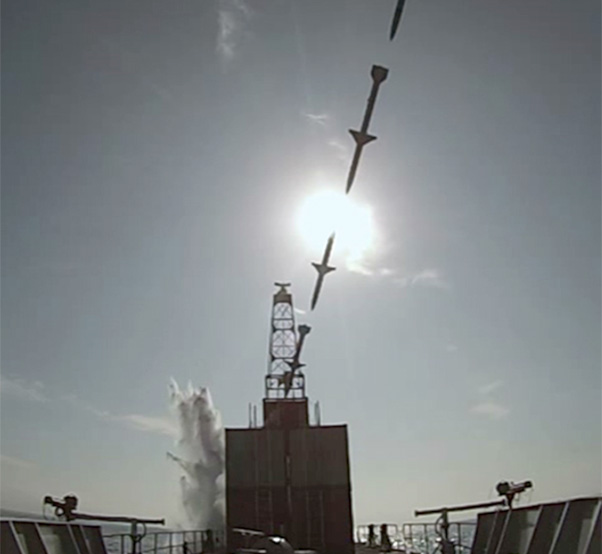